Who's the new guy? A Chelsea Offside introduction

Share All sharing options for: Who's the new guy? A Chelsea Offside introduction

Ladies, gentlemen, those not of this realm,

I'd like to take this time to make an introduction, a most triumphant one. No, unfortunately he's not from San Dimas. He does, however, hail from California - the City of Angels, in fact. 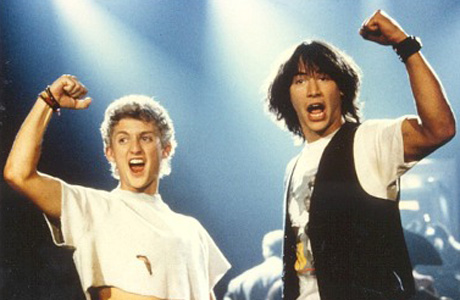 This fine man has been following The CO on the hush for a while. He loves his Chels, and bows at the feet of England's Brave John Terry. Basically he's one of the good guys.

He responded to my AMBER alert for a fresh face around these parts seemingly before I had even gone public with the request. We're talking with Ramires-type quickness, people. He then proceeded to blow me away with not only his natural talent for the word, but also his enthusiasm for transforming this place into a juggernaut.

Everyone welcome Devin, one of Chelsea Offside's two new insanely gifted co-bloggers. Yes, you read that right. I said two. This is now the home of a not-so-holy trinity. Glorious. 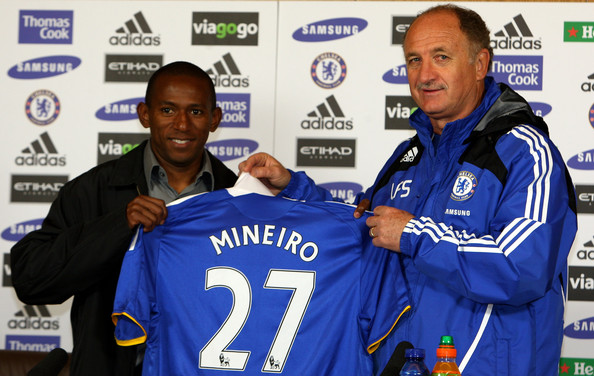 Devin, making a telling impact - unlike either of these guys

Now, for Five Questions with Devin:

1. Who is your favorite current squad player? Why?
Without question, John Terry. The man has been the heart and soul behind the Chelsea renaissance, is home-grown, would probably jump in front of a Malkovich bullet to protect Abramovich, and will someday take a spot on the bench as either the gaffer or the gaffer's right-hand. There are few players in the modern era that have shrugged off financial overtures and opted to stay with their parent club, and even fewer that have put in the shifts #26 has over his career. An absolute beast and walking legend.

2. Who is your favorite all-time Chelsea player? Why?
Tough question, so many come to mind. But if I boil it down to brass tax, I've always had a soft spot for Zola and all that he's done for the club. Some unbelievable goals, breathtaking memories, and a cheeky smile whenever needed. I was gutted when he took the big chair at West Ham, and still hold out hope Romes will offer him a spot next to Carlo as #2 in command. This current era of Chelsea is a juggernaut and a winning machine, no doubt, but Zola helped spearhead the earliest days of the CFC revolution, and not enough can be said about that.

3. I think we've all had a moment where we kind of realized we were a True Blue. What was yours?
The first time I saw Stamford Bridge in person. I was a few years into my Chelsea obsession, but had never visited the mecca. I'm fortunate to have family in Londontown, who gave me lodging and plentiful pints in advance of my first steps in SW6. Can't describe the feeling getting off the Chube (Tube) and walking with a throng of supporters out of the gates and laying eyes on that magnificent structure tucked into sleepy South Kensington. It made things greater that the match I attended was a right-good shellacking of Fulham. No doubt a moment I'll attempt to replicate one day when I have kids.

4. What do you think you will bring to The CO?
Hopefully a fresh insight into the game, more player-oriented pieces, analysis on the various news stories crossing the wire, the occasional sarcastic blurb about such and such, and plenty of not-so-veiled references making light of Harry Redknapp. We're giving you, the fans, more of what you love, and more unique ways to follow the mighty Blues.

5. What is the most difficult task facing the club going forward in 2011
Some would argue getting out of this 'good bad moment' as Carlo so eloquently puts it. I'd gambit a look further down the pipeline. The financial axe is about to fall for all, and we're going to have to make some very tough decisions in the near future. Michel Platini is making it his personal mission to vilify big-spending clubs by institution of the UEFA Financial Fair Play Rules, and with Romes clearly gun-shy when it comes to spending coin, you have to assume he's well aware of the implications such a change will bring. At the crux of the argument is the idea of "buy now, pay later" (akin to a Luxury Tax), which will essentially make the cost of purchasing a player almost 1.5x the transfer value. You have to wonder, given the trend in our spending allowances, if we are weaning ourselves off a diet of superstars and finally willing to entrust the future to the kids, or if we're blindly hoping that said rules manage to reel in the hyper-inflated transfer market, where players are worth more than national GDPs. Either way, it makes for great debate, and salacious rumor-mongering, all of which we'll talk about in this space well into the future.

Bonus: The below video is how I envision these co-blogger unveilings playing out in my head. Too bad I didn't think to rent a high school auditorium prior to compiling this post. Shit.