The kiss of death. 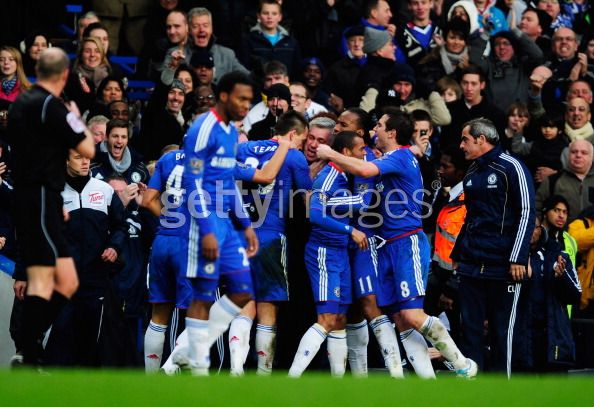 Grossly disappointing. I'm actually kind of pissed off, not just with the way we conceded another late leveler against Aston Villa, either. That's the same Aston Villa who have done fuck all over the past month or so (kind of like us).

I believe I'm more angry with the fact that we have proved to be inept once more. Can you believe that's what we get after the Bolton result? Perhaps I should be happy we didn't win. That would have done nothing more than paper over the problems. We are truly awful at the moment. This squad is devoid of ideas and energy. Even when we began to press, we still didn't look proper. We spent something like 20 minutes camped in Villa's half immediately following Heskey's early second-half goal, and created only two clear chances.

Then Drogba decides to show up - and we score two goals. My God how far has he  fallen? It's pretty amazing how reliant we are on him. And how about the defending for Villa's third? John Terry's not immune from criticism on that one. Baffling stuff.

Then there's Nicolas Anelka and Paulo Ferreira. Just go away, the both of you.