A repeat of last season's 7-1 romp at the Bridge? Don't count on it. Hell, right now, I'll take a stoppage time goal of the most outrageous variety, off an ass, whatever.

Preferably from the Honey Monster, though. 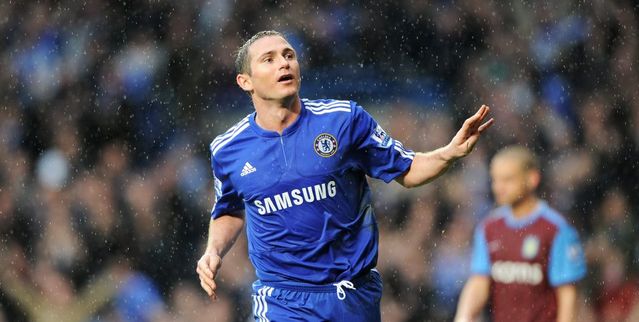 Happy New Year's. Here's to a return to swashbuckling form in 2011.

Why: This is quite easy these days, eh? We've fallen out of the top four. Again. Confidence is not exactly sky high. Points are still at a premium. Why? Why not?

The win over Bolton was very nice. Even nicer is following it up with Aston Villa at home. I feel like there are very few teams, if any, that are on a worse run of form than us at the moment. Villa are among the contenders. Under Gerard Houllier, they have won three, drew four and lost seven. That's a winning percentage of 21 percent. They've collected three points out of a possible 21 and are entering Sunday's match fresh off a 4-0 shellacking courtesy of Mario Balotelli and company. Oh yeah, and the last time they came to the Bridge, we slotted seven past them, Frank with a four spot.

Need more? Villa have lost five or their last six league matches, and have not won in their last eight trips to the Bridge (lost six). They've scored just once in five away games. You know, this is starting to sound like one of those games.

We shall have none of that. Be focused, lads.

Despite the win in midweek, we are still woefully off the pace. Aside from a spell of maybe 20-25 minutes during the second half against Bolton, we were as inept as we've been for the past two months. That first half, in particular, might have been our worst offering of the season. And that's saying a heck of a lot. Still, there were signs of rejuvenation. I find it rather wild, though, that the game turned on one piece of magic from Frank Lampard (pass for Drogba to hit far post). It was the light switch if you will. Go back and watch. Before pass, garbage. After pass, motivated, energetic, fluid. Even the crowd was lifted into a frenzy. How much have we missed this man? 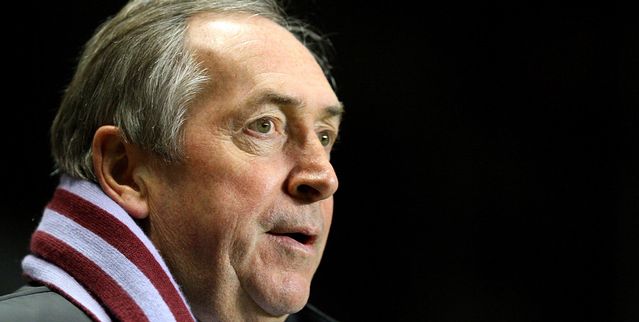 Heading for the exit?

We'll need Frank, and the rest of the squad, to continue their recovery Sunday. This may appear a comfortable fixture, but, like I've said, it's likely to be nothing of the sort. Especially when we've been playing as we have. Villa may well be withering away under Houllier, but still possess quality in patches. In fact, they have three superb crossers of the ball in Downing, Albrighton and Young. I expect all three to play. With that being said, it is imperative that we restrict Villa from playing wide.

What we tried to do against Arsenal? Yeah, throw that out the window. Villa fancy a cross, and we must deny them regular opportunities to do so. We do have the aerial ability to deal, but the inclusion of young Bruma - pretty much confirmed by Ancelotti - throws a wrench in our recent Bane-Terry defensive Teflon partnership. I applaud the inclusion of Bruma. I like it. I like him partnered with a vocal leader such as England's Brave John Terry. I just hope he's ready for the deep end. So, again, make Villa play through the middle and we should be all comfy and stuff at the back. That clean sheet we kept against Bolton, that should do wonders for the side as well.

Up front, it's as you were. Sturridge for the ineffective Anelka? Don't count on it. What we can hope to count on is the rebirth of Flo following his goal midweek, and an ever-improving Mighty One. Our midfield, meanwhile, showed plenty of grit against Bolton. The Essien impostor surfaced early against Bolton, then was hooked for the second half. We need that Essien on Sunday. Ramires shunned the doubters again, putting in a man-of-the-match shift v. Bolton. He even showed an eye for a pass. No doubt his boundless energy will be a monstrous asset in our attempt to contain Villa's widemen.

That's that. An encouraging start (for a change) would be nice. For far too long during this current malaise we have waded in the mud during the opening exchanges of matches. Not only does that allow our opposition to establish a rhythm, it also makes it that much more difficult on us to settle. A return to those high tempo starts would be glorious. An early goal would be even more satisfying. Anything inside 15-20 minutes, and Villa might well do a Villa. I can't foresee another 7-1 thrashing, but a good start could result in something like 3-0 - which would be huge for us moving forward. But, as I said in the intro, I'll take a win however the hell it arrives.