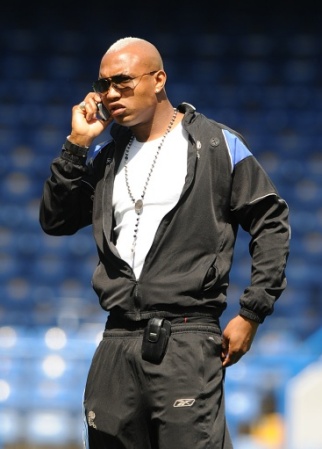 Why: Spurs host the unbeatens on Sunday afternoon. This is an excellent opportunity for us to vault back into the top four. I'm not sure we could have been handed a better fixture to do so. We've defeated Blackburn in 11 of our last 14 meetings. They are prone to giving us trouble, usually at Ewood, but there's no reason for us not to win our second match on the bounce.

Speaking of a winning streak, for that to have even been possible we needed to beat Ipswich last Sunday. We did, handily. Much of that was thanks to a squad refresher, specifically the inclusion of Josh McEachran and Daniel Sturridge. Both must start Saturday. If that's at the expense of Michael Essien and Didier Drogba, then so be it.

King Carlo said this regarding Josh today: "McEachran is ready to start in the Premier League. He has confidence, personality and he is strong. You look at him and think he won’t be strong in the tackle but he was against Ipswich. He doesn’t lack anything."

Sounds good. Now give him the start.

The rest of the squad is pretty straightforward, sans right-back. Personally, based on the form of Paulo and Jose, I'd go with England's Brave John Terry and young Jeffrey Bruma in the center of the defense and throw Bane out on the right. Furthermore, regarding Bosingwa, if Milan is in fact interested in picking him up sell his ass. Unibrow has lost it.

Moving on. Nicolas Anelka has scored 11 goals in 15 appearances against Rovers since coming to England. That's more than he's netted against any other club. He scored for the first time in two years against Ipswich. No question he should be involved from the start. Now, the question is whether he should play through the center or on the right. I say put him on the right and allow Sturridge to work through the middle.

Blackburn, meanwhile, will have an old assassin back in the mix. Roque Santa Cruz has returned to Rovers after a very - very - unsuccessful year-and-a-half spell at Manchester City. He was done for the minute Mark Hughes was sacked. He scored 23 goals in 57 appearances during his initial two seasons at the Lancashire club. You can bet he'll be rejuvenated - and ready to impress.

Ryan Nelsen has excelled for them this season, as has Paul Robinson in goal. I like the look of Mame Diouf, too. Not so much the other Diouf. The team as a whole has begun to show signs of life under Steve Kean, who took over for the dismissed Sam Allardyce in very unusual circumstances. Venky's, what the hell?