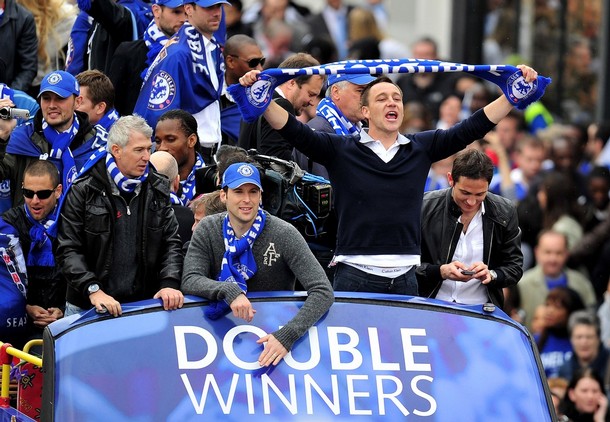 "I'm a fan of Chelsea. Chelsea are the only team that can play. Chelsea players have by far the most impressive reproductive organs. Stamford Bridge is my church. The men who play there are my Gods."

The statement above, so very real, was penned by a relatively new supporter of the club, perhaps you've heard of him. Part-time journalist, full-time gear head, Jeremy Clarkson said the above after attending his first match at Stamford Bridge - a 1-0 win over Manchester City - in March 2009. For the majority of 2010, his statement was dead-on.

The past year was, in a word, stunning, for Chelsea Football Club. It started with the football, conceived by a Carlo and executed by a supreme band of athletes forged together in the common goal of resurrection. The result was, quite simply, historic. One hundred and three goals in 38 matches, the highest seasonal total in the club's 105 years of existence and the most scored by a team in the Premier League era; a stunning 8-0 win on the final day of the league season securing our first domestic crown in four years; Didier Drogba capping his finest season for the club with the only goal in a 1-0 victory in the FA Cup final on 15 May.

That result, of course, secured our second straight FA Cup. However, more importantly, it ensured the club of its first-ever League and Cup Double.

The summer saw much turnover, with nine significant members of the squad either transferring out or retiring. It was another soft offseason in el mercato, however. Four new names were brought in, of which two currently feature in the first team (Yossi Benayoun, Ramires). The rest of the summer period was relatively quiet, save for John Terry's public decrees and Frank Lampard's pseudo goal against the Germans in South Africa.

August saw the club pick up exactly where it had left off the season prior, with wins of 6-0 and 6-0 to open the 2010-11 league season. Honestly, it seemed as though we were primed to run away with a second consecutive Premier League title. We won six of our first seven matches and topped the table by as many as five points. To be fair, that gap could've been wider. But it wasn't. And a title repeat - save for a miracle - wasn't meant to be, either.

A 4-3 loss to Newcastle in the Carling Cup brought with it a drop in form, even if wins were still arriving both domestically and in Europe. The cracks that surfaced against the Toon began to fissure on 7 November in a truly appalling 2-0 defeat to an at-best mediocre Liverpool side at Anfield. The club has yet to recover. Winners of just one in eight fixtures to close 2010, Chelsea currently are nine points adrift of leaders Manchester United, who have a game in hand. More alarmingly, the club is mired in its worst league form for 14 years. Yes, fourteen years.

Hey, at least we closed the year on a somewhat high, collecting an edgy 1-0 win over Bolton at the Bridge on 29 December. It's something, right?

So, a year of extreme ups - and extreme downs. The roller-coaster that was 2010. I figure I'm still on a high, though, enjoying the ride. Merry Christmas, we won the double.

Laugh of the Year
Teamwork
We won the Double. I enjoy saying it. During the ensuing parade through London, England's Brave John Terry hauled in a cold one from a supporter. Lovely hands there. More impressive? Sharing with Sir Frank Lampard. Well done, John.

Gaffe of the Year
Just one?
There were a few weren't there? Ray Wilkins' dismissal, however, takes the proverbial cake. Easily the most shocking development, at least in my opinion, since Mourinho's resignation/sacking in 2007. Wilkins was kicked to the curb on 11 November in the middle of a reserve team friendly. Seriously. Numerous rumors swirl as to why the move was made, but the fact remains I see no just reason for ruthlessly firing a former Chelsea player with great ties to the club who was not only well liked by the manager but the players as well. Hopefully the club has learned its lesson from this one.

Runner-up: Carlo insisting that the squad was sufficient prior to this season. Regardless if he believed it or not, the man screwed the pooch with a host of public statements on the subject.

Goal of the Year
Drogba v. Bolton, The Reebok 31 October 2009
Teamwork, skill, cutting edge - it's all there. Glorious. 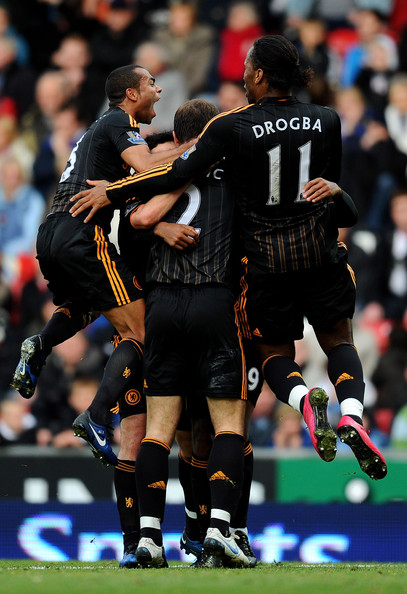 A trio of fine candidates

Player of the Year
Cashing in
An extremely tough call this one. A number of strong candidates - Didier Drogba, Branislav Ivanovic, Florent Malouda. Any of them are worthy of the honor, but The Chelsea Offside is opting for another name. A name that is never not on the team sheet come matchday. A name that provokes vitriol, but is synonymous with excellence. A superb performer since joining the club in 2006. Yes, the world's finest left-back was also our player of 2010. Ladies, gentlemen, bitter Arsenal supporters, I give you Ashley Cole.
Runner-up: Drogba. Thirty-seven goals in 44 appearances last season. Six in seven games to open 2010-11 before malaria struck him down. Superlative.

Match of the Year
Leaving no doubt
It is damn near impossible for me to describe this match. Everything about that day, really, from breakfast to the match and thereafter, is a blur. Just a surreal occasion, one I'll never forget.

Moment of the Year
A return to the apex
Quite easy this one. 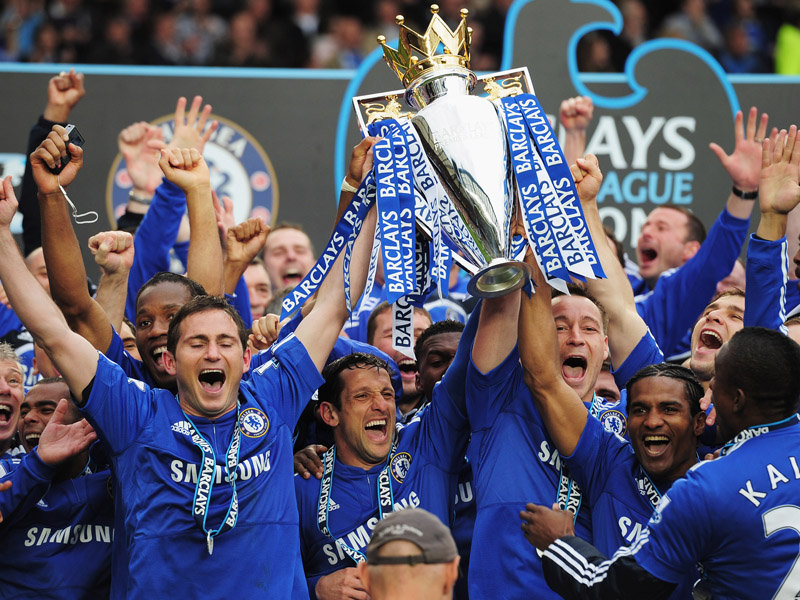 Runner-up: Joey Cole's back-heeled goal against Manchester United at Old Trafford on 3 April. How crucial was that in the grand scheme?

Lasting Image of the Year
Emotion. Inspiration.
I'll leave you with one final look at 2010. There was kind of a big match at Anfield on 2 May. We scored twice. The first, from the Mighty One, sent us into delirium. All of us except the man below, who entered the fucking Twilight Zone. As I said on that day, "If you’ve ever wondered what it is like to not just support a club, Chelsea or otherwise, but love it – live it – then observe said man." How true.