Champions Chelsea lose their 100% record but retain their top spot, thanks to both their already-commanding lead and slips by both Manchester United and Arsenal. Manchester City did take advantage of the result, however, vaulting ahead of Arsenal into third spot and gaining the edge for now in what should be an entertaining, season-long band and forth tussle. The other winners on the week: Blackburn, West Brom, and West Ham, all of whom gained crucial (unexpected) victories and watched their rivals lose. 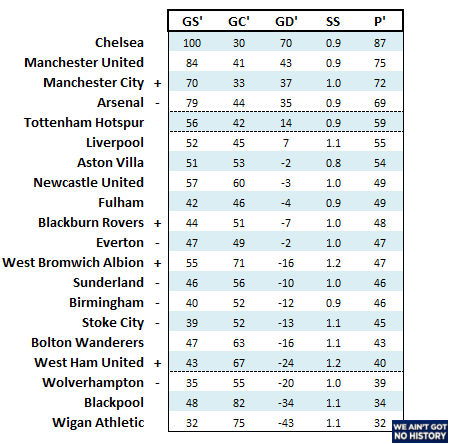 The above table is based on a Bayesian combination of my preseason projections and the current table with a strength of schedule adjustment. More detail after the jump.