Share All sharing options for: Anelka thinks Spurs are title favorites. Say what?

"I rate Spurs very highly. They are absolute favourites to win the title."
-Nicolas Anelka, quoted in the Sun 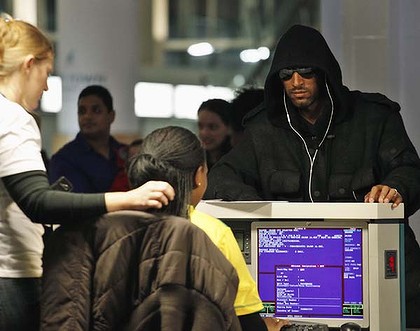 Nico puts a fiver on Spurs on Friday.

Wait just a damn minute. Does anyone - anyone at all - believe Anelka actually said this nonsense?

Talk about lost in translation. Or, perhaps more accurately, taken out of context.

No disrespect to Spurs - well, yes, full-on disrespect - but I lost it the first time I read that quote. You know, Anelka may be on the tease here. You may remember that Anelka was once hailed as the comedian of the locker room not too long ago. That would be superb - +5 cool points for the move if that is indeed the case.

Ironically, the rest of the quotage seems fairly plausible.

"Our aim this season is to finally win the Champions League. Could we win a treble, the way Inter Milan did last season? Not so fast - it will be a tough job just to defend our league title.

"Our biggest rivals will of course be Manchester United, Liverpool and Arsenal, while Manchester City could play a major role. But I believe that this will be the most thrilling season ever in the history of the Premier League."