"Deco has today (Saturday) signed for Brazilian side Fluminense for an undisclosed fee. The midfielder, 32, agreed terms this evening and was allowed to leave the club last week on compassionate grounds to discuss the deal. We wish Deco and his family well in the future, and thank him for his service to Chelsea."
-Chelsea official website 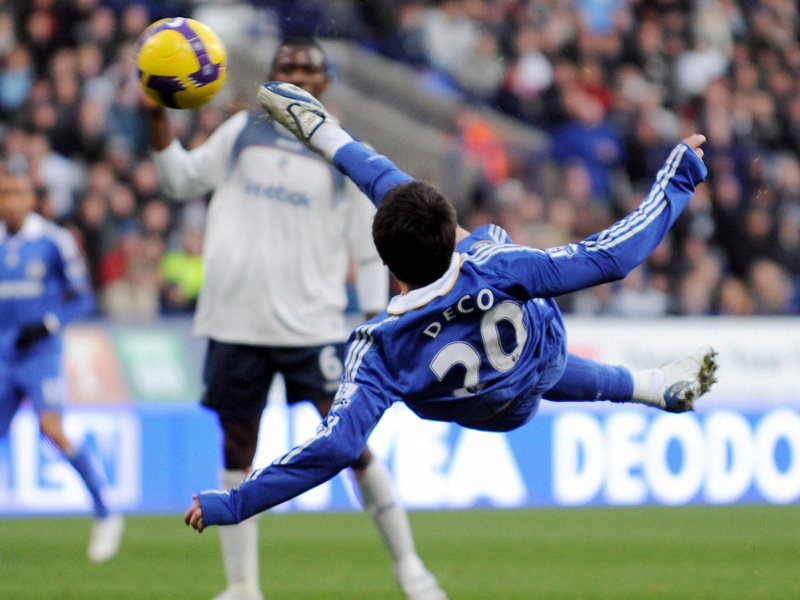 A disappointing end for an immensely talented player. Deco, during his two seasons at Chelsea, displayed brief glimpses of why he was once considered perhaps the finest footballer on the planet. Yet, unfortunately, his time at Stamford Bridge will likely be more remembered for injury rather than effectiveness.

His debut was nothing short of brilliant. At home to Portsmouth, he took man of the match honors - as well as providing the theatrics, via a 30-plus yard howitzer. His encore? A marvelous free kick against Wigan a week later. Deco was the Premier League player of the month that August.

It seemed then-manager Luiz Felipe Scolari had produced the steal of the summer. Then came injuries. The sacking of Scolari. And, ultimately, the subsequent pleas to leave the club. He remained at the club, however. And, for the next year, experienced a roller-coaster of a time at Chelsea.

Matches of note, 2009-10: Deco's mesmerizing performance in the Blues' 7-1 dismissal of Aston Villa, perhaps his finest day in a Chelsea shirt aside from his debut. Deco's influential role in what many supporters view as the title-decider, our 2-1 win at Old Trafford.

As the club officially said, we here at the Chelsea Offside wish Deco the best in his future endeavors.

Below: Moving pictures of some of Deco's finest moments at Chelsea.