Quite a bit floating around here and there over the past few days. Let's take a look shall we?

Not great with Chelsea anymore.

King Carlo announces squad for Community Shield
• Carlo and The Special One have a little more in common than they may think. Ancelotti has once again revealed a starting 11 - actually the full squad - well before said match, this time in advance of Sunday's Charity Shield against Manchester United at Wembley.

There is only one change from the side that lost to Hamburg in the club's final friendly of the preseason. Hapless Hilario replaces the equally hapless Ross Turnbull in goal.

Four named in Pearce's U21 side
• Chelsea will be well represented in the England Under-21 team to face Uzbekistan at Bristol City on Tuesday. Four Blues - the most of any team - have been included in manager Stuart Pearce's 19-man squad. Defenders Michael Mancienne and Ryan Bertrand are joined by midfielder Jack Cork and striker Daniel Sturridge.

It's a well deserved call-up for the quartet. Here's to a quality performance from the lads Tuesday. 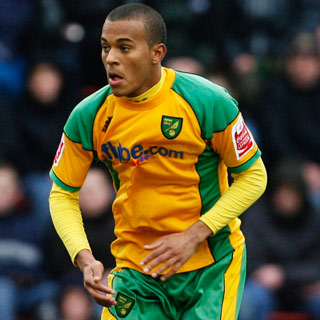 Bertrand heading to Forest on loan
• Bertrand has become the first signing of the summer for Nottingham Forest. The left-back, 21, will stay at Forest until January 3, 2011. He was impressive this summer during Chelsea's preseason tour. I rather fancied Bertrand moving to a larger club, as he already has a fine reputation in the Championship, but regular first-team football is never bad.

Bertrand responded to the move very positively - much to my delight. This kid seems to get it, and very well could be a factor at Stamford Bridge sooner rather than later. If not, I'm convinced he will make a sound contributor - at the very least - at the Premier League level.

"When I got the signal I could go on loan I was really happy to come here," Bertrand told BBC Radio Nottingham. "This will be my third season in this division and hopefully I can use that to my advantage."

The decision seems to be welcomed by many supporters, most of whom are far from keen on Heineken, our previous beer partner. Asia > Netherlands

Perhaps more importantly, Signha has received the coveted No. 9 shirt (as confirmed by the article linked above). Young Franco Di Santo could not be reached for comment in regard to losing his beloved numero.

Reserve defender Gordon joins Kilmarnock on loan
• Ben Gordon - no, not the volatile shooting guard - will be plying his trade in the Scottish Premier League after agreeing to a short-term loan deal with Kilmarnock this week.

Gordon, 19, made four Football League appearances with Tranmere Rovers last season. He is an England Under-17 international, and has been at Chelsea since 2007. His return is set for January 3, 2011 - just like Bertrand.

Fergie reckons Chelsea are still the team to beat
• "With the experience Chelsea have got, you have to look at them being the biggest threat. They won the league and the cup last year and I do think you have to see the team that won the league as the ones you look at. I don't see why anyone should think any different. Chelsea have the experience. You can't dismiss them."
-click here for moving pictures of Ferguson's quotage