Share All sharing options for: Ramires preparing for medical at Stamford Bridge?

Sky Sports, among others, are reporting that Chelsea have moved even closer to tying up a deal for the Benfica and Brazil midfielder Ramires. 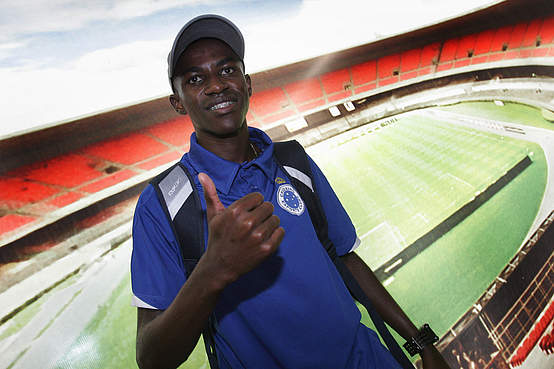 Ramires reacts to the latest news of him linking up with Chelsea.

Not buying it? Try this.

Via the official website: "Ancelotti also admitted a possibility that Brazilian midfielder Ramires could be heading to Stamford Bridge, though a deal with his club Benfica remains some way off. 'I don't know, I will speak about Ramires when Ramires will be a Chelsea player,' the manager said. 'Until now he is not a Chelsea player, we hope, but until now nothing is decided.'"

Sky Sports News just said - literally just said - that "we understand basically that this deal will happen, it's just a matter of when."

A medical is expected to happen this week, as early as Wednesday. The issue of third-party ownership does seem to be a sticking point with respect to the time it could take to finalize the deal, but in no way a deal-breaker.

As always, watch this space.