The what: Premier League, Round 3 – Chelsea v. Stoke City
The where: Stamford Bridge (41,841)
The when: August 28, 3pm local time (10am EST)
The how: Fox Soccer Plus (DirecTV 621, Dish Network 406)
The why: Because supposed transfer target Asmir Begovic needs to see, again, why he refused to play in Stoke's midweek Carling Cup match.
The referee: Martin Atkinson 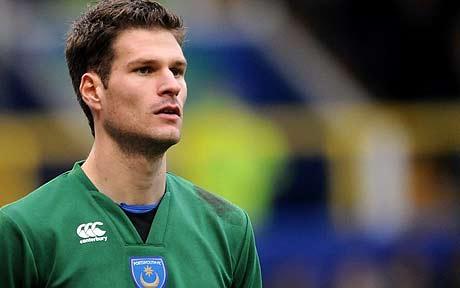 The punt: New add to the preview. FYI, Frank Lampard has netted four times in his last four appearances against Stoke. That said, if you're looking to take a punt, see the ol' bookie and put a fiver on Super Frank to score first.

The stat: No side has kept Chelsea from scoring at Stamford Bridge in the Blues' last 22 Premier League home games.

Stoke City —
Position: 17 (0 points)
League Form: LL
Team: Begovic, Huth, Shawcross, Higginbotham, Delap, Whelan, Whitehead, Etherington, Lawrence, Jones, Fuller, Tuncay, Soares, Pugh, Faye, Collins, Wilkinson, Sorensen, Walters
Doubtful: Jones (ankle), Lawrence (groin)
Injured: Sidibe (achilles)
Suspended: None
Leading scorer: Faye, Fuller 1
Quote: "We are probably best not to talk too much about Chelsea because it can scare you. Everywhere you look, they have world class players and if they are on it, playing to their maximum, then it is almost impossible to stop them. There is a gulf between Chelsea and the other teams, and they have started the season like a house on fire, so we are going into the lion's den."
-Tony Pulis

King Carlo sums up the Stoke City threat in his quote below. Strength, physicality. No vagueness in this side. Just straight-forward, cutthroat football. We may have rattled seven past them at the Bridge last season (see below), but to think a repeat performance is a real possibility would seem naive - though not out of the realm of possibilities considering the start we've enjoyed to the season.

Moving on to real matters. Is anyone else half-hoping Thomas Sorensen gets injured in the warm-up? Just to see how Begovic reacts? No, I do not to wish harm on Sorensen; the injury he suffered against us last season was massively unfortunate. Still, to see Begovic stage a sit-down would be fantastic.

Chelsea —
Position: 1 (6 points)
League Form: WW
Team: Cech, Hilario, Turnbull, Terry, Alex, Van Aanholt, Zhirkov, Ferreira, Malouda, Lampard, Ramires, Essien, Mikel, Benayoun, Cole, Kalou, Drogba, Anelka, Sturridge, Borini
Doubtful: None
Injured: Ivanovic (back), Bosingwa (knee), Bruma (hernia), Kakuta (back)
Suspended: None
Leading scorer: Drogba 3, Malouda 3
Quote: "We know Stoke very well, they are a difficult team because they use a lot of power and long balls to create difficulty, and we have to pay attention to set-pieces and maintain the same ability to play in this moment. I think we have to play quickly, they defend well and we don't have a lot of space to play in front, so it is important to move without the ball and to play quickly in the midfield. We have to play football with intensity and stay concentrated on the set-pieces."
-Carlo Ancelotti

This is where it gets interesting, and perhaps worrying. Bane has picked up a back injury - in addition to the assorted knocks he has been carrying - and is a doubt for Saturday. So our lack of depth, particularly in defense, is already being exposing. Bane's absence, coupled with Jeffrey Bruma's absence, leaves the Chels with just five fit defenders. Again, Paulo is likely to reside on the right side. Eh. The rest of the back four is self-explanatory.

Ramires is in line for a debut of some kind - unlikely in the XI, but an excellent piece of news nonetheless. Also, King Carlo did not mention Gael Kakuta in his pre-match news conference, so perhaps the young Frenchman has recovered sufficiently to be involved from the bench. I, however, doubt this is the case.

To be fair, at the moment, this first-team selects itself. No need to alter a thoroughly dominant side, eh?

Expecting some harsh sledding at the Bridge, if I'm honest. But we have won our last six contests with Stoke in all competitions, so good news there. With that being said, another focused, efficient effort should result in nine points out of nine to open our title defense - and could put Manchester United, with their late kickoff Saturday, five points back already. Solid. I'll leave you with another one of those odd statistics: Our Blues have played the fewest crosses in the Premier League this season (20). OK, but how many have been successful? And how many have we scored from?