Did I not just report on this? Oh, yes. My apologies to West Bromwich Athletic.

"Carlo Ancelotti's team delivered a frightening statement about the faultline that runs so starkly through the Premier League. On one side of it is Chelsea, as strong at the back as they are potent at the front. On the other, certainly at this early time of speaking, are the rest."
-James Lawton, Independent

Whoa. High praise, James. Perhaps too high this early in the season. I'm not going to complain, however. 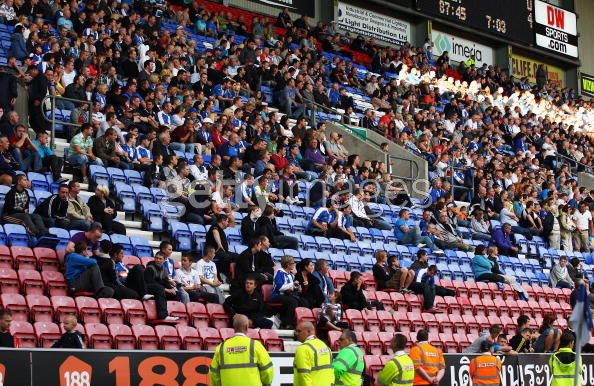 No real need to rehash a game lead. Let me just say that, from my point of view, this match was fascinating to watch. Wigan, as expected, were far from passengers - at least over the opening 30 minutes - but it was a joy to see Chelsea react to the scenario with such ease, such focus, that there was never any need to panic. Then came a moment of unmatched cunning from us, and the game, within moments, was ours. Would it be harsh to suggest Wigan capitulated thereafter? Not really.

On to those things which caught my fancy during our second of what we all hope will be many pillagings this season.

• Need more proof that The Mighty One may well be the word's most devastating? Try this. He was directly responsible for five of Chelsea's six goals on Saturday. Indeed. In addition to the trio he directly assisted on: 1. his shift of the ball and subsequent through pass for Ashley Cole set the opener in motion; 2. it was his raking cross-field ball, from inside his own half no less, that allowed Nicolas Anelka the freedom to slip in Paulo Ferreira on the overlap, who in turn found Yossi Benayoun for the game's sixth. Remarkable stuff.

• More Drogs. This is a superb stat, by the way. Over the past 18 league matches for Chelsea, Drogba has either scored or assisted on 26 goals.

• I assume you've seen this, but it's still quite an amazing statistic. Since the Premier League began collecting corner data, during the 2003-04 season, this was the first match which failed to yield a single corner kick.

• John Obi Mikel. My friend, you're pass for our second was a thing of sheer beauty. Dare I say it was perfect? The fact that the marvelous Nicolas Anelka need not slow/alter his run or take a touch is evidence of your masterstroke. Wonderful to see most of the team target Mikel, rather than a baffled Anelka, following the goal. Well done, John.

• The center of defense. Brazilian zeal meets English steel. Alex and EBALJT, while maybe not at their best Saturday, were damn close. The commitment from both was undeniable. How about those consecutive blocks from Alex? That stuff is goose bump inducing. Terry, meanwhile, is making me eat my preseason words - and I'm ecstatic. He takes leadership to another level when on form. I would have preferred to see him distance himself from Charles N'Zogbia - he could have easily been sent off for the retaliation - but there was no denying his play.

• I did not realize how excited I would be to see Yossi Benayoun open his Chelsea account. I'm most certainly a fan of this cat. I foresee some excellent displays from the Israeli in the near future. And with quotes like these - "When you come to a big club you need to be patient, there are a lot of quality players, but I just want to prove that I deserve to be here every chance that I get. I enjoy playing anywhere and every minute I am on the pitch. I can play anywhere in the three in midfield or the three up front." - how can you not?

• "If you want to win the league you have to be efficient and when you see a team like Chelsea scoring so many goals, I hope that people will recognise our quality. But we are not playing for that. Our aim is to win." Well said, Flo. 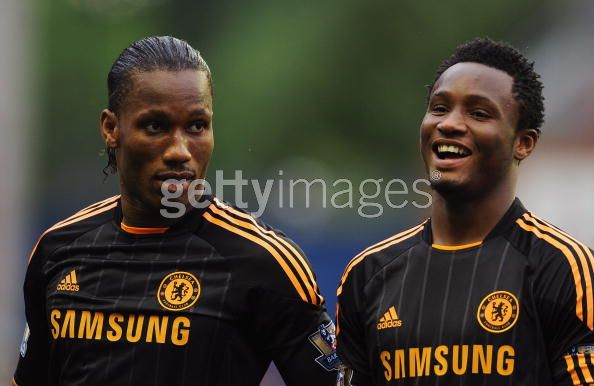 Player Ratings
Note: It’s quite difficult to break down ratings individually with this team. Notice how well they play as a unit. I love it. Yes, I said this last week, too. It continues to be applicable.

Petr Cech
Another quiet day. Made saves when needed. Provided a monster clearance, which led to our third goal. 7

Branislav Ivanovic
Still not fit. Regardless, astute when dealing with Rodallega. I will be much relieved when the Serbian reaches 100 percent. 6

Alex
Continues to impress. He actually was more than that Saturday. We will not miss Ricardo Carvalho on this evidence. A pair of balls-out blocks in his own penalty area. 8.5

Ashley Cole
Defensively he hasn't quite rounded into his usual self. Bounds of energy, still, and a constant presence in the attacking third. 7

John Obi Mikel
Last week's statement: "Catches a lot of flack from the Chelsea faithful, many times warranted, but was stalwart on this day. Few traces of lapsed concentration, but overall was sound. Clever assist ..." Replace clever with superlative, and we're just about spot on. 8

Michael Essien
A work in progress, obviously. Once he finds himself, look out. Still managed, despite lack of fitness, to overwhelm Wigan's light-weight midfield. 6.5

Frank Lampard
Not there yet. But still able to find himself in those vintage Frank Lampard positions. 7

Nicolas Anelka
Not so understated this week. Excellent finish for the first, well-placed for numero dos (albeit in an offside position). Perhaps the goal spark the Frenchman needed? 8.5

Florent Malouda
More of the same, which is quite fine. Opportunistic goal. Continues to create something special on the left with Cole. 7.5

Didier Drogba 9
Pillaging, again - this time without scoring. The kind of selfless performance that separates the true greats. That cross for Kalou's second? Surreal in quality. 9 MOTM

Paulo Ferreira
Trading places this week, with Paulo replacing Bane. Remained efficient. Excellent overlapping run to set up Yossi for his first with the club. 6.5

Salomon Kalou
This was said here a week ago: "Better suited as a substitute – always." How true it is. I doubt the Ivorian will ever score a quicker, or easier, brace. Scary effective in his time. 7.5

Yossi Benayoun
Another effective cameo. Great to see him get off the mark in blue. 7