This is just weird.

Apparently a wily old character has been wreaking havoc on the Cobham training facility. His prey? Player underpants. You read that correctly. 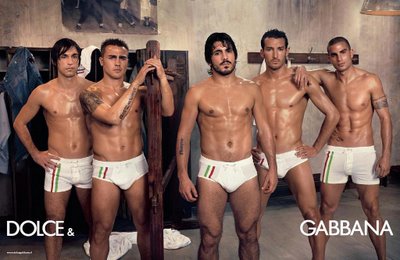 The assailant, yet to be identified, has been a regular visitor to the locker rooms at Cobham over the past year. He has been known to strike as many as twice per week before disappearing for a month or so.

Super Frank Lampard, noted genius and aspiring detective, had this to say: "It's gone on for about a year. We get in to find the bum cheeks cut out of our underpants. It has to be one of the players. They are the only ones with access. You might get two hits in a week, then he won't attack for a month or so. I've a good idea who it is but wouldn't dream of making accusations until I have proof."

Lamps went on, "I hope it's soon - it's costing a fortune in designer underwear!"

The News of the World, where this was first reported, also spoke to one of those club insiders. You know, insiders. This is what said insider (the writer of the article) had to say:

"It was a bit of a laugh but now the lads are a bit cheesed off. There's hardly any holes in our defence - so it's a shame the same can't be said of our underpants."

Who is this masked man/woman? You tell me.