1-0 Chelsea (+0.95 pt): Nicolas Anelka is stuck between four Wigan defenders on the right side, and does the sensible thing by passing the ball to Michael Essien behind him. Essien takes advantage of the defensive imbalance and shuttles play to Ashley Cole on the right via Florent Malouda. Cole lays the ball off to Malouda to his right and immediately starts a run down the left touchline. Ronnie Stam, who as Wigan's right back should be tracking Cole, is occupied by Didier Drogba, and the right winger trips trying to chase the run. Meanwhile Drogba moves forward, getting a couple of yards on his defender. Malouda slips a pass to Drogba, who is able to turn quickly and play the ball past Stam to Ashley Cole, now alone in the left side of the area. Cole waits until the covering defender is almost on top of him before nutmegging his man with a cutback that arrives straight at Frank Lampard's feet. The midfielder took a touch to steady the ball before flicking it towards Chris Kirkland's far post with the outside of his right foot. Kirkland saved the shot, but spilled it - not much he could have done about it - and the ball fell for Florent Malouda to guide into the empty net, the Frenchman having gone on a long diagonal run into the box with the defence ball-watching.

Great play by more or less everyone involved, but Malouda gets the biggest thumbs up for realising that Drogba could open up a gap in the defence to allow the ball to reach Ashley Cole, passing, and then immediately bombing into the penalty area looking for a rebound. He had no right to be anywhere near that ball, and while Cole and Lampard's contribution to the goal were impressive (the speed at which Lampard gets an accurate shot away is amazing), it was Malouda who made the play and followed it in.

2-0 Chelsea (+0.60 pt): Malouda, who is under no pressure deep in Chelsea's half, plays the ball to Lampard, who is. Lampard has no choice but to send a one-time pass to Jon Obi Mikel or risk being robbed, but the Nigerian is also being double-teamed. Mikel slips but gets a lucky bounce off a Wigan leg, and the ball bounces out to Lampard, who quickly pushes it left. Cole goes back to Lampard, and the middle is suddenly open, with Essien and Mikel both free. Mikel receives, takes three steps forwards, and launches a raking pass from the Chelsea edge of the centre circle into the Wigan penalty box. Nicolas Anelka is making a run down the right, and Mikel picks him out so perfectly that the first touch the Frenchman makes is to shoot from about 30 degrees from 15 yards out. Kirkland completely misreads the situation and is caught in no-man's land as Anelka places the ball inches inside the far post.

Mikel started out in trouble, through no fault of his own, but was the beneficiary of some luck as Chelsea got out of danger. Fifteen seconds later, and there was a goal. I don't think anyone was expecting the single best pass of the match to come from Jon Obi Mikel, but there it was, and Kirkland gave Anelka an easy finish at the end of it. It was a perfectly placed shot by Anelka, but full credit to Mikel for seeing the run well ahead of time and making something out of nothing with a really good ball.

3-0 Chelsea (+0.18 pt): Branislav Ivanovic makes a hash out of a defensive header on the Chelsea right and leaves the ball rolling across the top of the penalty area with James McCarthy in hot pursuit. John Terry holds off the Wigan midfielder for long enough for Petr Cech to come out of his goal and belt the ball downfield. Wigan's defenders have pushed up a little, leaving Drogba offside but allowing Malouda to burst straight through them with a forward run from the halfway line. Malouda receives the ball on the left edge of the Latic penalty box and takes one touch before hitting a cross to the back post. Kirkland is caught at his near post and stumbles while scrambling across his goal. Meanwhile Drogba attempts a volleyed goal, but slices it into the ground instead. Nicolas Anelka, in an offside position, is then sandwiched by two defenders on the line - the ball gets to him anyway, hits his head, and nestles in the back of the net.

Odd goal that probably shouldn't have been given. Cech's clearance and Malouda's cross are genuinely good, but Kirkland's play is bizarre, Drogba's shot goes completely wrong, and Anelka was offside. There's also no good reason for a pair of centre halfs both significantly taller than Anelka to be losing out to him on a simple bouncing ball. One can only imagine how angry Roberto Martinez was about this.

4-0 Chelsea (+0.00 pt): Wigan tapping the ball around just inside the Chelsea half only for Mohamed Diamé to misplay a pass straight to Frank Lampard. Chelsea are able to break, and the ball is threaded to Drogba on the halfway line, who passes forward, runs through the defence, and catches up with it. Two Wigan defenders close in on him as he reaches the penalty area and Kirkland comes out to meet him, but Salomon Kalou is completely unmarked on the left. Drogba passes, Kirkland dives and comes nowhere near the ball, and Kalou can slot into an empty net. Simple.

The goal was mostly Drogba, but he had a lot of help from Wigan. Losing the ball to a midfielder when you're barely inside the opposition's half is a truly awful idea, and as soon as Lampard was in comfortable posession the Latics were in considerable danger. Drogba's 20-yard tap forward was exquisite, and it allowed him to use his pace to beat the defenders without having to worry about close control. In the end, he does the right thing by laying it off for Kalou to put the ball away.

5-0 Chelsea (+0.00 pt): Chelsea are attacking down the right when Anelka quickly switches the play to Ashley Cole on the left. The first touch isn't great, but Cole recovers and is supported by Drogba. The ball is played back and Drogba let's it roll through his legs before turning, and with his first shot fires a vicious cross into the box. Again, Kirkland is at odds and ends, and gets nowhere near the ball on his attempted punch clear. Kalou, who had been involved on the sortie down the right, is by now in a central position and has the easy task of flicking the ball in from six yards and the goalkeeper toast.

Good vision by Anelka to pick up Cole's run, but Drogba's turn and cross were both beautiful. Kalou should get some credit for not missing the target - the ball was coming in pretty fast, after all, but it was the cross that removed Kirkland from the picture. It might have gone in anyway had Kalou not touched it, but best to make sure.

6-0 Chelsea (+0.00 pt): Ashley Cole contests a ball on the left just inside the Wigan half, and wins it after a brief tussle. Drogba is behind him again, and from 15 yards inside the Chelsea half hits a cross-field ball straight to Nicolas Anelka, lurking with intent on the right some way into Wigan territory. Paulo Ferreira, at right back, is instantly able to support, meaning that Chelsea have Mayor Figueroa isolated and have a 2 vs. 1 advantage.  Anelka uses Ferreira's overlapping run, and the fullback cuts inside the Wigan lines, drawing a centre half in to chellenge him. Unfortunately for the Latics the defender was already supposed to be covering Yossi Benayoun, who was trotting into the box. The defender moving to take the ball off Ferreira gave the Portuguese an easy pass to a free player ten yards from goal, and Benayoun had an easy side-foot finish to score his first goal with the club.

It's Drogba again. Recognising that there was the opportunity to overload the Wigan left, he turned what looked like a dead end into a goal. Good interplay between Anelka, Ferreira, and Benayoun, but once there was a 2 vs. 1 on the edge of the box, it was almost impossible not to score. Congratulations to Yossi Benayoun for his first Chelsea goal, though. 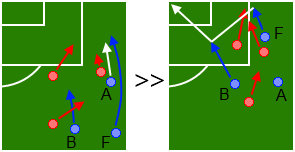 Figure 2: Ferreira and Anelka overload the right, then pass to Benayoun for Chelsea's sixth.