Yes, I've kept at it. Here's what's new compared to the version I put out this morning:

Let's take a look at one of the craziest games in Stamford Bridge's history after the jump. 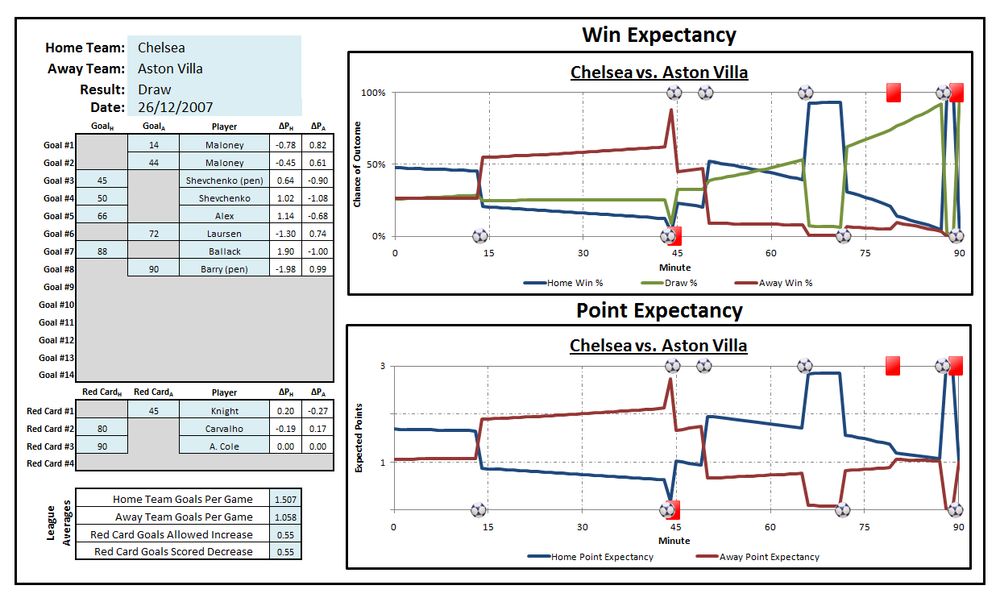 I don't even know where to begin describing this game, but it had everything. Goals, sendings off, lead changes - if you went to stress-test a win/point expectancy chart, this is the game to do it on. So, what does everyone think? What can be improved for version 3.1? It's simple to just extract one graph or the other rather than using the whole giant block, so I think I'll use the point expectancy chart in recaps and link it to the big multi-graph page.