I'm pretty sure that every single blog is contractually obligated to do a post like this at some point, so we might as well get it out of the way now. Given a pool of every single player who's ever put on a Chelsea shirt, what does your starting eleven look like? 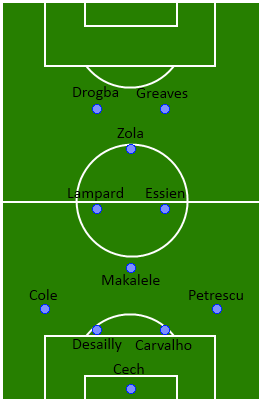 Figure 1: We Ain't Got No History's all-time Chelsea starting XI

Notes after the jump.

Petr Cech may have dropped off over the past few years, but at his best with the club he was one of the best goalkeepers of all time, and comfortably at the top of his class in terms of Chelsea's keepers. He's covered by Marcel Desailly and Ricardo Carvalho, the Frenchman fighting off his successor as captain, John Terry, to claim the left centre-back spot while Carvalho eases into the team as the best defender to ever have played for us. Ashley Cole at left back is an easy choice over the likes of Greame Le Saux or Steve Clark, whilst Dan Petrescu makes it at right back because he was totally awesome ok? Cole and Petrescu at full-back gives the squad viable attacking options in defence, enabling the side to field a much more narrow midfield.

We go to the good old diamond in our midfield, with Claude Makalele as the base. He's been called underrated so many times that he's probably overrated by now, but he could break up attacks in front of the defence with the sort of effortlessness that made people think he wasn't really doing much of anything. Frank Lampard and Michael Essien are both do-anything midfielders with whom everyone here is well familiar, and are deployed on the diamond's side. Lampard has free reign to get into the box whenever he likes, while Essien would be given slightly more defensive responsibility.

At the tip of the diamond sits the greatest Chelsea player ever to have set foot in Stamford Bridge, Gianfranco Zola. While he might not be as effective against modern defences as he was in the 1990s, Zola combined supreme intelligence, positioning, dribbling, and shooting to become an unholy terror to the opposition, frequently drifting through three or four tackles before getting the shot away. His free kicks were also things of beauty, soft curlers that frequently floated just beyond the goalkeeper's grasp. Zola operated between the lines of defence and midfield, although teams frequently dispatched a player to man-mark him, and in this team he's free to move wherever necessary to support the attack. If you haven't seen it yet, check out his most famous goal, scored against Norwich City in the FA Cup.

Didier Drogba is one of our two strikers, the Ivorian simply too good at bludgeoning his way through the opposition defence to ignore. While not a sniper, Drogba is the sort of player who requires doubling up on most of the time, leaving his striker partner more room and time to pounce. That role is fufilled by anachronism Jimmy Greaves, who played for the team for four years between 1957 and 1961. The legendary England striker scored 132 goals for the club in that time, a phenomenal record which fully merits inclusion here.