Interesting quotage out of the Chelsea penthouse regarding Neymar. Chairman Bruce Buck, who revealed his superb sense of humor over the weekend, has now revealed that the club is indeed looking at the young Brazilian starlet. He, however, has denied there was any neglect in Chelsea's handling of the situation.

"There was no tapping up from Chelsea and I want to be clear on that," Buck told talkSPORT. "We are looking at several young Brazilian players and he is one of the players we have been looking at. Whether he becomes a Chelsea player at some point, who knows?

"We are still looking at some things, whether they happen or not I don't know. Carlo is happy and confident with the squad we have. If there is another player or two - great, if not we're fine with what we have." 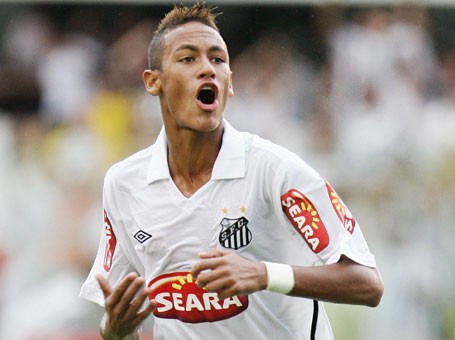 So, we now know for sure - at least from our club's perspective - that they are indeed interested in Neymar. Santos are still playing extreme hardball, and Neymar himself has yet to give any insight into his preference.
ESPN Brazil claimed that the the deal was going to be confirmed within hours earlier today. Obviously nothing has happened. The Mirror is now claiming that Neymar will decided his future Tuesday.

There is to be a massive meeting, including his family. Apparently Robinho and Pele will be in the building as well, attempting to convince him to stay at Santos. Kind of ironic that Robinho, a man who was desperate for a move to Chelsea not so long ago, is now plotting to convince another player not to go there. But I digress.

Anyway. It looks as if we might be able to put this saga to bed, one way or the other, very soon. Thankfully.