Six of the best? It's as if we never left. 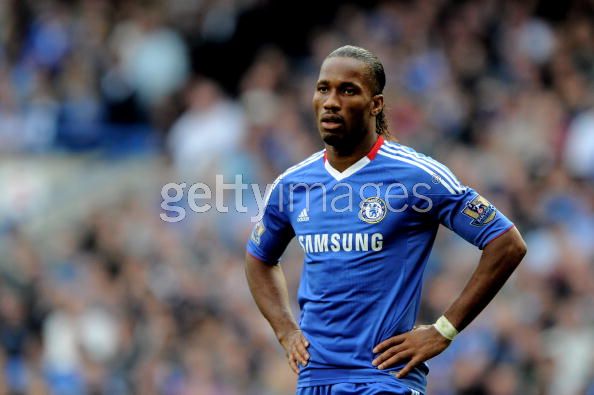 One of the best to ever do it.

"This is a message for us, not the other teams. We had a difficult pre-season and now everything is OK. But it was nothing special. We did our job."
-Chelsea manager Carlo Ancelotti

A 6-0 dismissal of top-flight new boys West Browmich Albion on the opening day of the 2010-11 Premier League season is, as King Carlo, says nothing special. Huh?

He's right, you know. Though Saturday's display was one of callous efficiency, it could hardly be described as vintage. That, my friends, is what's scary. The fact that Mighty Drogba & Co. swept aside a fairly sound WBA side - more competent than say our German preseason opposition, for instance - without even playing particularly well is a statement. I believe it's safe to say Chelsea felt no need to switch out of third gear for the entirety of the evening's match. A harrowing thought for this season's competition, surely.

Regardless of the gear in which the hosts played the match, it proved most effective. Handing the famous CFC an early sighter, as West Brom did within the opening six minutes, only eased the transition from first to third. Frustration, as least for the viewer, set in following Florent Malouda's opener, with Chelsea lacking the edge to seek a second while the visitors did their best to crowd the middle of the park and exploit the lack of pace Paulo Ferreira's possesses from his right fullback position. Poor Paulo. His slowness is becoming more and more of a problem at each passing minute. So telling is it that the aging Portugese made Jerome Thomas - yes, Jerome Thomas - look like Arjen Robben at times during the opening half. Paging Jose Bosingwa.

Malouda, the first 45 minutes' most active participant, continued to find himself in all sorts of scoring positions only to waste them. A second should have arrived just prior to halftime when Frank Lampard's vicious free kick was only palmed back into the six. Flo, with the goal at his mercy, headed over. Our very large Ivorian rectified the situation in the final minute of the half, however - largely thanks to a porous wall from West Brom. The free kick was conducted with such ease, it was almost sad. Poor Paulo? Poor Scott Carson. And, as both teams took to their respective dressing rooms, many of us, me included, were thinking that's that.

That was indeed that for the result. Not for the scoring, though. The opening exchanges of the half were cagey, and dare I say it West Brom were, as they were in the first half, up for it. Then, another set piece presented an opening, and the hosts took advantage. England's Brave John Terry's powered header toward the corner was cleared on the goal line, but only to Drogba who made no mistake from close range. Frank Lampard added a goal from open play next - thank you, Frank - capping a lovely piece of interchange between Ashley Cole and Nicolas Anelka with a easy side-footer beyond Carson.

We weren't done, even though Lampard was given an early call replaced by the debutant Yossi Benayoun. Drogba added another, this one a deflected howitzer, on 68 minutes to round off his hat trick. He closed last season with a three piece. No better way to open this term then. Malouda, whose play over the past year-plus has been nothing short of amazing, capped the scoring, glancing his strike, from an Anelka feed, off the post and into the netting. Wonderful.

So much for preseason form carry-over, eh? This was scathing, mean football. I swore I saw the great Roberto Di Matteo crying in his sideline seat as the clock waned. It was that clinical of a performance. Just imagine how nasty this side will be once not only our players hit fitness, but we find our lane as well? I can't bare to think about it.

It was interesting to watch the combination of Mikel and Essien, particularly early, when both provided the screen from which Lampard terrorized. Very tidy. Anelka, too, was very good albeit understated in his performance. Very much one for the eye in his movement and ability to create space. Superb look for Malouda on the final goal as well.

There's not much you can say negatively about anyone in a blue shirt. I just can't get over the fact that we were this lethal yet entirely not at our best. Incredibly exciting. 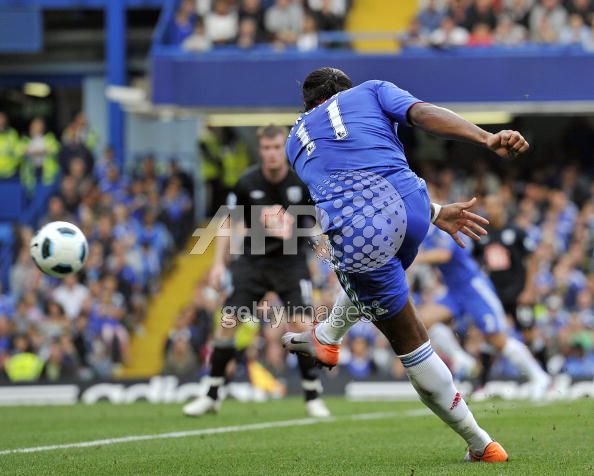 Player Ratings
Note: It's quite difficult to break down ratings individually with this team. Notice how well they play as a unit. I love it.

Petr Cech
A quiet day at the park. Early save on Dorrans' deflected effort the only work of note. 7

Paulo Ferreira
Ambitious going forward, but poor in defense. Regularly troubled by Thomas. Almost cost us a clean sheet with giveaway to Dorrans in the second half. 5

John Terry
Did well, if not too troubled. Good understanding with Alex. 7

John Obi Mikel
Catches a lot of flack from the Chelsea faithful, many times warranted, but was stalwart on this day. Few traces of lapsed concentration, but overall was sound. Clever assist for the opener. 7

Michael Essien
Completed another 90 minutes. Bonus. Not quite there, but still an animal in the middle of the park. 7

Frank Lampard
Solid. Not fully fit, but still involved. Well-taken goal - as you would expect. 7

Didier Drogba 9.5
Pillaging, less than a month out of surgery. Uncanny. Unstoppable. 9.5 MOTM

Branislav Ivanovic
Quite obviously carrying a knock. Just glad he came away unscathed. 6