I don't really think I did justice to the team shape yesterday, so I'll expand on it here, and maybe touch on the contributions of a few players as well. Hopefully I don't make too much a mess of the formations.

It's often informative to ignore individual player skill somewhat and focus on how teams line up against one another. The perspective from looking at formations you get gives you another part of the story, and it's often ignored when discussing matches (thankfully, this trend is changing). Once we have a good grip on positioning and shape, we can then see how individual performances can influence a match in a slightly more clear light, which is what I've tried to do here. I'm relatively new to this game, so I hope I'll be forgiven any errors in analysis.

Chelsea played a 4-3-3 for the vast majority of the match, only switching when Didier Drogba, who had just scored a hat-trick and was coming off a groin injury, was replaced by Soloman Kalou, a striker who favours the wider areas. However, the 4-3-3 that came out for the second half wasn't quite the same as that which was fielded in the first. 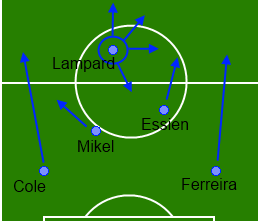 Figure 1: Chelsea's middle band in the first half

I've ignored the forwards and the centre halves; they were mostly unchanged from half to half. What's interesting about this diagram is that although it's ostensibly a 4-2-1-3 with two defensive midfielders, the way in which they're set up and moving leaves a gap on the right side. It was pretty clear from their first half displays that Jon Obi Mikel and Michael Essien were not really sure where their responsibility ended and the other's began. Frank Lampard doesn't do much on the defensive end these days, so he wasn't much help. Essien began neglecting defensive responsibility to support the attack on the right, and Mikel was still shading left, forcing Alex to hold position and leaving Paulo Ferreira isolated at right back. This resulted in West Bromwich Albion having a clear possession advantage for much of the first half, spending significantly more time in dangerous areas than Chelsea did between minutes six and thirty. Now here's the second half. 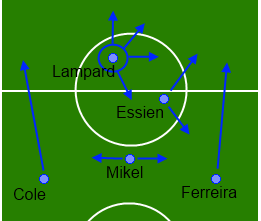 Figure 2: Chelsea's middle band in the second half.

Mikel has moved more towards the centre and Essien is deployed in a much more attacking role. The switch had begun with Mikel drifting centrally towards the end of the first half, but was really emphasised in the team shape when Chelsea took the field for the second half. The team was now a 4-1-2-3, with Mikel taking over the vast majority of the holding role. His position in the centre of the field allowed him to firefight whenever West Brom attacked, which was rarely. Essien was able to support the attack more effectively without being caught in two minds on where he was supposed to be, and the gap in front of Alex was closed up. After Ferreira was replaced by Ivanovic, West Brom achieved zero penetration into the Chelsea half for the rest of the match.

West Brom played a 4-2-3-1, which is typically fairly effective against a 4-3-3. Normally the former formation will have the advantage in the defence (4 vs. 3) and the holding midfielders and one central player can withdraw to defend against the second band of opposition players conducting an attack. The key to Chelsea shattering it came in the form of two players: Didier Drogba and Ashley Cole. Drogba against most central defenders in the league is a mismatch in skill and size, and his presence forces both centre halves to cover him simultaneously. He therefore was able to tie up both Pablo Ibanez and Gabriel Tamas, freeing Malouda and Anelka to drag their respective fullbacks all over the pitch. Since wide defenders are reluctant to come too far inside, the wandering forward players often get picked up by a holding midfielder, which in turn leaves one of Essien or Lampard free in the centre. The inability of the Albion wide midfielders to defend effective also let Ashley Cole cause mayhem on the left, often occupying the right midfielder and right back simultaneously and setting Malouda free to completely overload the middle of the pitch with Chelsea players.

When Drogba came off for Soloman Kalou the situation changed significantly, with far less Chelsea domination down the middle of the pitch. The Baggies defence was still vulnerable, though, and the sixth and final goal came when Malouda and Nicolas Anelka made runs towards the centre and avoiding the defensive lines, leaving the Albion players confused about who should be picking them up. The resulting goal, despite being a beautiful individual effort by Malouda, should not disguise the fact that Chelsea were at their peak with Drogba on the field in the second half between goals number three (when Ferreira was removed) and five.