The what: Premier League, Round 1 – Chelsea v. West Bromwich Albion
The where: Stamford Bridge
The when: August 14, 5:30pm local time (12:30pm EST)
The how: Fox Soccer Channel (DirecTV 619, Dish Network 149)
The why: Because we so desperately need a proper start to the season, following a horrific preseason - one that included four consecutive defeats.
The referee: Mark Clattenburg

Hey, it's opening day. Enjoy it. 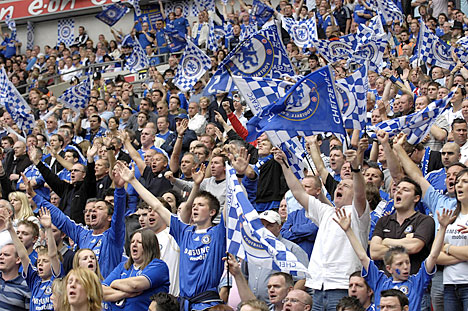 The stat: Chelsea have not lost in their last 10 fixtures on opening day, winning nine.

More of the same will do. Will do nicely.

WBA —
Position: N/A
League Form: Indifferent?
Team: Carson, Myhill, Jara, Zuiverloon, S. Reid, Olsson, Tamas, Ibanez, Meite, Shorey, Cech, Mattock, Thomas, Barnes, Morrison, Dorrans, Mulumbu, Brunt, Miller, Bednar, Cox, Moore, Wood
Doubtful: Dorrans (groin), Ibanez (hamstring)
Injured: None
Suspended: None
Leading scorer: N/A
Quote: "We will be playing the best team from last season and it is probably the hardest game we could get to start the new season. But it would be tough for any club to face Chelsea, Liverpool, Arsenal and Manchester United in your first four away games. We are in for a difficult time but the season is 38 games and it will not finish after those four away matches." -Roberto Di Matteo 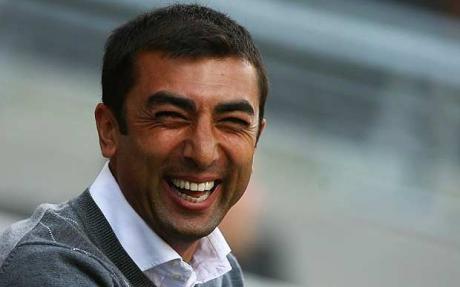 Grabbing a result away to Chelsea?

Welcome back, Di Matteo. It is always, always, a pleasure. Enough with the pleasantries, though. Shall we get on to the business of winning?

Graham Dorrans. This kid is a connoisseur of the beautiful game. Hopefully the young Scot, 23, will overcome a groin strain to feature on Saturday evening. The rest of the WBA team, meanwhile, is, eh, kind of bland. Nothing says bland quite like agreeing to sign Nicky Shorey. Apologies to Nicky Shorey. Expect a crowded midfield, with Ishmael Miller cutting an isolated figure up top.

Sidenote: What an introduction to top-flight management for our former club record signing. Good luck to Robert, but not on this day.

CFC —
Position: N/A
League Form: Judging by the preseason? Poor
Team: Cech, Hilario, Turnbull, A Cole, Kalou, Drogba, Terry, Alex, Malouda, Lampard, Essien, Mikel, Benayoun, Anelka, Zhirkov, Kakuta, Sturridge, Ferreira, Bruma, Ivanovic
Doubtful: Lampard (ankle)
Injured: Bosingwa (knee)
Suspended: None
Leading scorer: N/A
Quote: "We know that not all the players are 100 percent but we are ready to defend the title, we have fantastic motivation to try to win again and I said last year that we had the possibility to open a cycle and we want to,' said the Italian. It is in our mind to do the best, I think the other teams will work harder to beat us but we are ready to fight, ready if it is possible to improve our quality, our personality, our courage. We need to have more power than last year. The other teams are improving quickly and we have to be ready. We saw in the last game Manchester (United) played very well, better than last year, and they won against us. This means they are doing better. For this reason we have to make a step if we want to win." -King Carlo

Ah. Opening day at Stamford Bridge. What could be better? A fit Frank Lampard for one.

The most significant, and troubling, news out of Cobham today was that of the injury sustained by Super Frank while in the mix for the England national team in midweek. Superb. Lampard's ankle will be the most examined thingy in Stamford Bridge tomorrow in the lead-up to the return of the Mighty Di Matteo.

Meanwhile, on the more positive front, both Alex and Petr Cech have been passed fit ahead of Matchday 1. Cech's recovery may well be the greatest news ever, considering the company in reserve. Hilarious shall not be making an appearance Saturday, provided Petr doesn't injure himself in the warm-up. Pray. Alex will allow Bane to assume the position he made his a season ago, right fullback, and moves Paulo Ferreira to the bench. Bad luck, old mum.

The rest of the side should pick itself. A fit Drogba flanked by Kalou and Malouda, with Essien and Mikel in midfield. Terry and Ashley complete the defensive alignment.

Numbers suggest we should continue our superlative record on opening days. It's been some 30 years since WBA has defeated the Chels. Chelsea has won all eight Premier League meetings with Albion, scoring 20 goals and conceding just two in the process. I believe that qualifies as dominance. Still, remember last season. Hull City did not go quietly; Ethan Dean-Richards' West Bromwich Albion won't, either.

On to the start of a new adventure. Amped is an understatement. KTBFFH