The close season has come and gone. Many a player has attempted to establish himself at Chelsea Football Club. Some have excelled.

Many failed. Part I of this two-part series takes a look at those players whose reputation took a hit this summer. 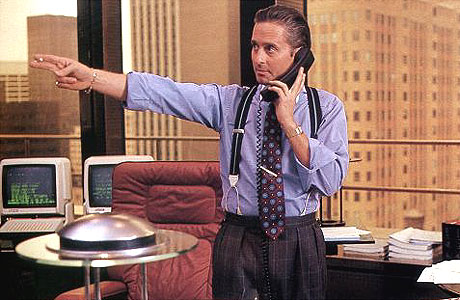 Franco Di Santo
• As if further evidence was needed, a preseason in which he failed to make even the slightest impact may well prove the final act for Di Santo at Chelsea Football Club. A year-long loan spell at Blackburn last season did nothing to suggest the Argentine could survive in the Premier League, much less the upper echelon of the top flight.

The summer schedule was more of the same, with Di Santo, 21, appearing mostly clueless and, perhaps more significantly, a step slow in almost every aspect of the game. Reports suggest the club are attempting at all costs to pawn the young striker off to any particular club on earth. If that doesn't represent market crash, I don't know what does.

Salomon Kalou
• He's Kalou. This week he's amongst the most despised figures at the club, cited for his relatively appalling display in last weekend's Community Shield. Two days - and a goal and an assist - later, the estranged Ivorian will return from the dark side. It's what he does. Penny stock.

Ross Turnbull
• No words. What once was RAWSE, a promising young English goalkeeper, is now an also-ran with limited potential. Too harsh? Maybe, but I don't care. I upped this guy from the off.

Turnbull, for me, appeared a certain to unseat Hilario as the Blues' No. 2 keeper this season. Then came the preseason. His reputation forever tarnished via an epic few seconds in Amsterdam. That, my friends, will prove a difficult error from which to recover. He's done little since Ajax to suggest he's even an remote possibility for the club going forward. Fantastic.

Brave John Terry
• Pretty much anyone who turned out for the Three Lions this summer in South Africa enjoyed a direct shot to the reputation index. That would be the index located right below the waist. EBALJT is no different. His rant against England manager Fabio Capello was some of the worst decision-making from a heralded leader in recent memory. The highlight of his on-field contribution? His horrible misjudgment for Germany's opening goal in the first knockout round.

Then came club preseason, where he proved to be only slightly more reliable. Terry's most unnecessary backpass against Eintract Frankfurt was atypical maybe three years ago. Now, not so much. His form has been on the wane, as has been his pace - something he never really could rely on in the first place. Truth be told, I would gauge that if Terry did not hold such influence in the Chelsea dressing room, his place may be under threat.

Overreaction? I do hope so. Time will tell - and, at 29, EBALJT does not have much left. Prove me wrong you glorious bastard you.