I do hope you've had a chance to check out the EPIC predictions post on the EPL Offside main page. We have a plethora of talented bloggers here at the Offside; to get so many of them together for a massive project like that, well, is just fantastic.

Now that you've seen that, you may wonder how my tarot cards have unfolded. Or not. Probably not. Too bad.

Here's a look at how I see the Premier League table looking come May 2011. Enjoy. 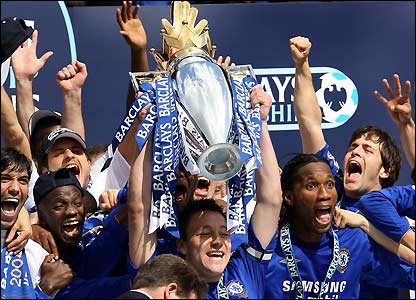 I can't get enough of these shots.

Aston Villa
Villa was already treading water beforehand. Then, suddenly, the polarizing Martin O'Neill departed, leaving the club in a weird state ahead of the season. Some liked him, some did not. Whatever the case, a seasoned head must step into the position. And some signings must be made. Stephen Ireland, if he indeed comes as part of the James Milner transfer to Manchester City, is a fine start. Ridding themselves of some of the dead weight purchased by O'Neill is another logical step forward. Prediction: 10th

Arsenal
What is Arsene Wenger thinking? I may rarely wonder that, but supporters of the Arsenal must on regular occasion. The man continues to baffle, his steadfast refusal to address the glaring deficincies in his team again appearing its downfall. Goalkeeper? Nothing yet. Proper central defender? Negative. There's still time for Wenger to do what's needed. I'm not one to bet he will. Prediction: 4th

Birmingham
Last season's surprise outfit will not be so successful at the second asking. A comfortable finish, however, should be viewed as a success. The rumored addition of Charles N'Zogbia would be a masterstroke. Meanwhile, with a first-rate owner, solid coaching and an improving squad, City could wellcement themselves in the top flight over the next couple of seasons. Prediction: 14th

Blackburn
More rubbish football from Blackeye Rovers this season? Perhaps. More top-flight football? Most assuredly. Sam Allardyce has a knack for getting what he can out of what he's got. Blackburn is no different. If Sam can find himself a competent striker - Mame Biram Diouf just might be the answer - Rovers have enough quality to ensure another mid-table finish. Prediction: 13th

Blackpool
Ian Holloway walked out. Then he didn't. Then he signed a handful of bodies, one being Marlon Harewood. I wasn't even aware the former West Ham flash-in-the-pan was still breathing. Huzzah for financial stability, certainly not for results. Prediction: 20th

Bolton
Surprised? You shouldn't be. Wanderers have all the tools to be very effective, particularly at home, this season. Owen Coyle at the helm being the key. Coyle will view a fit Gary Cahill in the center of defense, who missed several months last season with a blood clot, a massive boost. The winger Martin Petrov on a bossman is potentially the transfer of the summer. Don't forget Kevin Davies punching your mother in the face, either. Prediction: 9th

Chelsea
It's a difficult ask to retain a title in any league in the world. Even harder when those around you include the likes of Manchester United, Arsenal and Manchester City - wait, what? Nevertheless, the famous CFC feature the strongest first team in England, despite the growing concern surrounding Brave John Terry. Squad depth will again be a chief issue, but with the return of a fit Michael Essien and the additions of Ramires, Yossi Benayoun and potentially others (Neymar among them), the Blues appear well placed to repeat. Prediction: 1st 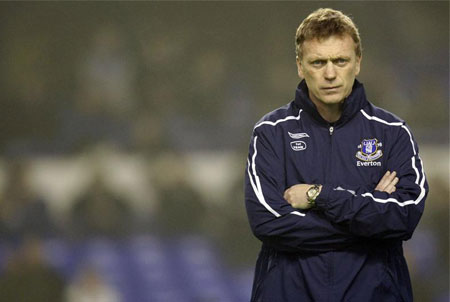 Everton
A prime example of what an excellent, understated manager can do when given time and ample, not overwhelming, funds. David Moyes has so far fended off hovering interest for his key pieces and as a result has a first team on par with Arsenal, at least in my mind. The key - and this has been the case for several seasons running - is whether this group can stay 1. healthy and 2. avoid the traditional poor start. Do that, and the Toffees are well on their way to challenging for a Champions League place. Prediction: 5th

Fulham
Hodgson may have departed, but Mark Hughes is a talented manager, and an excellent replacement. There is no Europa League distraction this time around for a very settled side - provided it doesn't lose much of its core. A couple of additional signings, perhaps Craig Bellamy, could push Fulham back into the European discussion. Prediction: 8th

Liverpool
I am a Roy Hodgson fan. I'll admit that. This Liverpool side, not so much. The club is basically up for auction; that can't be good for stability. They have Lucas Leiva. And they feature only one top-class striker on the books. Is he even fit? Yeah, and they've just signed Christian Poulsen. Not exactly a signing to breathe life back into Anfield. That Jovanovic cat, though? He can play. Prediction: 6th

Manchester City
No longer the redheaded stepchild of Manchester - or should I say blueheaded. City continues to fire tenners at any talent willing to listen - and it may actually come off this term. Manager Roberto Mancini didn't really look to have a clue what he was doing, yet may have compiled a winning team nevertheless. The lack of a true world-class central defender - yet to be signed - may prove fatal, but as it stands this team is second only to Chelsea in terms of talent. Prediction: 3rd 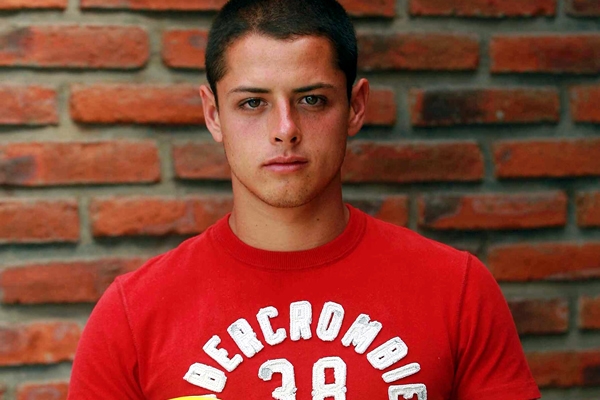 Manchester United
Written off by many last season. Not a wise decision. To do so this term would be an even grosser misjudgment. Ponce De Leon's finest benefactors, Paul Scholes and Ryan Giggs, continue to unearth brilliance from seemingly ageless deposits, while Wayne Rooney is, well, Wayne Rooney. The much-ballyhooed addition of this young Mexican, Javier Hernandez is his name I believe, has sent the world into a shimmer - and for good reason. The kid is on the cusp of stardom. Fergie's men will be amongst the best once again. Prediction: 2nd

Newcastle
They didn't want Chris Hughton then. They do now. The former No. 2 who led the Magpies back into the top flight at the first time of asking has enhanced his profile tenfold over the past year. He'll pray he can retain that profile in a season that's certain to be a war. Survival, at its closest. Prediction: 17th

Stoke City
The daunted Potters. They will harm you - and so will their excellent fanbase. An improvement on last season's excellent 11th place is possible, but not probable. The recent signing of Sunderland's Kenwyne Jones is an excellent one, provided they can get the best out of the athletic forward. The young defender Ryan Shawcross is a future England star. Prediction: 11th

Sunderland
Far too much quailty to fear relegation. Not nearly enough to challenge for a European place. The moving of Jones to Stoke is a bemusing one, but, then again, what do I know? The loss of midfielder Lorik Cana is a more telling blow. Among the glut of players at the Stadium Light are United youngster, Danny Welbeck, who arrives on loan, and Egyptian Ahmed Al-Muhammadi, who can play anywhere on the right side. if Steve Bruce can sort out the defense, the Black Cats should settle into midtable. Prediction: 12th

Tottenham
The lack of transfer activity at White Hart Lane must be worrying for Spurs supporters. A central defender would appear a must-purchase, with Jonathan Woodgate doing a Hargreaves and Ledley King struggling from week to week. One can't simply rely on Michael Dawson and Sabastien Bassong, surely? Younes Kaboul? What about the unresolved futures of Robbie Keane and Peter Crouch? Then there's this: the added derth of the Champions League coupled with an already hearty Premier League plate. That, for me, leaves Tottenham on the outside looking in come May. Prediction: 7th

West Bromwich Albion
The good news? Many a fan will finally be able to see the excellence displayed by Graham Dorrans. The bad? You're heading back down. Prediction: 19th

West Ham
A perplexing side. Avram Grant, however mundane his personality, has proven he can right a ship or two. The Sullivans' ship, though, may prove just as violent as that wretched dory in Portsmouth. Attempting to sign David Beckham? It's going to be long season at Upton Park. Prediction: 15th

Wigan
Not clear cut, but a good ol' helping of consistency will be needed to stave off relegation this time. New arrival Mauro Boselli will provide an excellent compliment to the talented Hugo Rodallega, but there are too many questions regarding this defense to mention. You know the future is harrowing when you lose Titus Bramble and it's a blow. Prediction: 18th

Wolverhampton
Mick McCarthy worked wonders last season at Molineux. This term will prove to be far more difficult, but Wanderers appear better equipped to remain in the Premier League than last season. Astute buys such as Stephen Hunt and Steven Fletcher add much-needed depth. Holding onto Kevin Doyle must be a priority. Prediction: 16th

So that's mine. Now I put it to you: How do you see the table flushing out this season. Let me know in the comments section. Do it.