A couple of quickies. 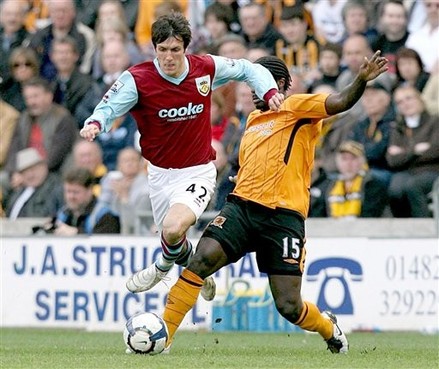 Shipped out once again.

Cork heads back to Burnley
• The loan adventure for midfielder Jack Cork enters its seventh dimension. The 21-year-old is returning to Burnley for the second consecutive term, this time on a season-long loan. I was almost certain Cork would leave the club permanently this summer, particularly after his father, at the end of last season, admitted it was likely if Jack couldn't find a way into the first team at Chelsea in 2010-11. That hasn't happened, but the kid remains a Blue - and I can't say I'm not pleased about that. Jack is a very sound, versatile midfielder who has a strong future. He was pretty damn good at Burnley to close last term. So, it should go without saying that he could yet work his way into the Stamford Bridge set-up. Let's all wish Jack a bountiful season at Turf Moor.

Chelsea land Burkina Faso phenom?
• Several unreliable media outlets are reporting that the CFC have won the race to sign Bertrand Traore. The Auxerre affiliated player, just 14, was a revelation at last year's Under-17 World Cup where he became the youngest player to ever compete in the tournament. Apparently Burkina Faso's sports minister, Jean-Pierre Palm, announced the deal. Manchester United were among the clubs interested in Traore's services. Not much is known about this kid, at least by me. We can only hope he's as billed. Inking a 14-year-old seems a real gamble, though, it must be said.