Share All sharing options for: Rajkovic a free agent?

"Fulham were disappointed in their pursuit of the defender Slobodan Rajkovic, who spent three years with Chelsea on loan at PSV Eindhoven and FC Twente in Holland, and is now a free agent."
-The Guardian 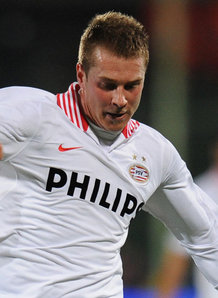 Out on the street?

If true, this would be an interesting development. Rajkovic, now 21, was the most expensive 18-year-old at the time of his move to Chelsea. Yes, the Blues paid some ₤3.8 million to OFK Beograd for the defender's services in 2007.

So, the kid leaves Chelsea without ever making a first-team appearances? This despite us paying a bundle for his services over the past three years. Makes good financial sense.

More on this as it becomes available.