Share All sharing options for: Chelsea Playing Time in 2009/2010

I'm fiddling around with graphs and ended up creating a spreadsheet with playing time for each non-goalkeeper on the roster who went a full 90 minutes in a Premier League match last season. It's part of a longer project I'm working on that may or may not bear fruition, but I thought that it might be neat to have a graphical representation of the roster last year. Think of the graph below the jump as 'player sparklines', if you like.

NB: It's entirely possible that there are some mistakes here, as I had to get all the numbers from ESPN and then input them by hand. 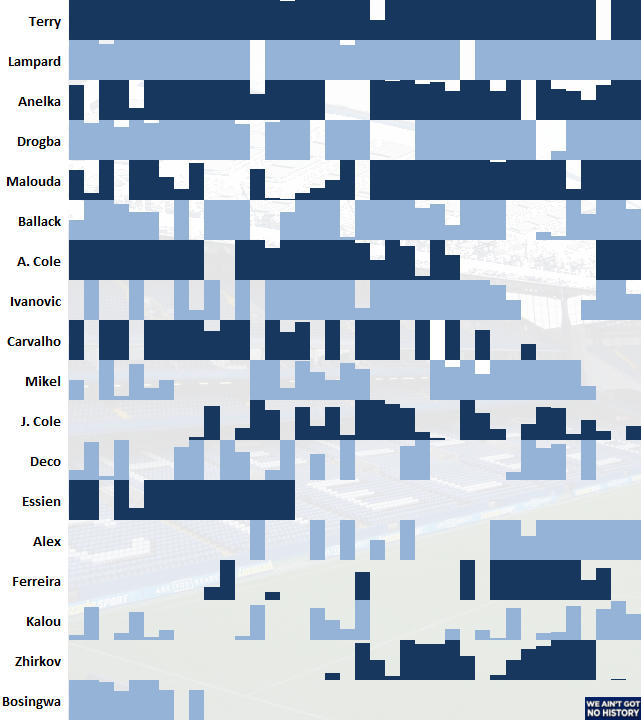 Figure 1: Playing time for outfield members of the Chelsea FC roster during the 2009/2010 Premier League season.

The height of the bars represents playing time in each of Chelsea's 38 Premier League games last season, with 90 minutes resulting in a full bar, and substitutions on/off give partial bars. Left is the season opener against Hull City, while all the way at the right is the title-clinching 8-0 demolition job of Wigan Athletic. Note that I didn't take into account sendings off, mainly because I couldn't figure out a way to quickly get that information.