International friendlies are taking over the globe. Days before the start of the English Premier League. Obviously.

The Brazilians were in the Big Apple on Tuesday night for a friendly one with the Yanks. It went about as the casual supporter would have expected. A comfortable 2-0 result for the new-look Sambas, goals from The Duck and, of course, Neymar. 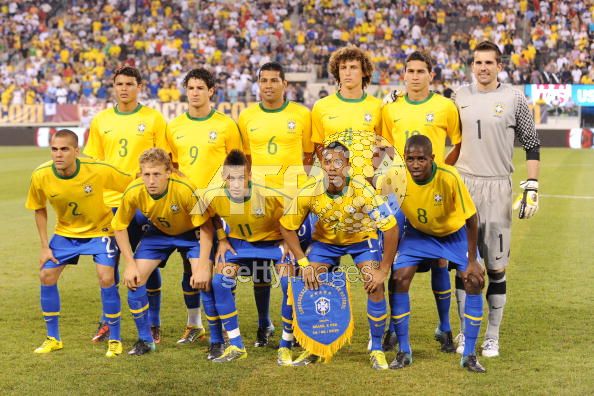 From Brazil to Chelsea?

A trio of Chelsea transfer targets were amongst the Brazilian contingent. How did they fare? Let's take a look shall we?

Ramires
The wait for a work permit is nearing an end and, with a medical apparently passed, it seems only a matter of time before Ramires joins the English champions. At least he is keeping fit. He started for the Brazilians on Tuesday night, alongside Liverpool's Lucas in midfield - bad luck, young man.

It was an understated, efficient if not excellent performance from the 23-year-old. Very mobile. Very active. Quite clearly a box-to-box midfielder with boundless stamina - exactly the kind of player Ancelotti has craved for years. Though he provided the assist for the match's opening goal, Ramires' passing - considering the freedom he received - was lackluster. He's a very simple player, nothing fancy. I don't expect we'll see much Essien in him, either; he's not built for that style. What he will provide is a steadiness, and tactical flexibility for King Carlo. A handy signing. Verdict: Solid addition to the CFC.

David Luiz
Luiz is an interesting case. Do we really want to blow £27m on what is akin to a reserve defender. Negative. Nevertheless, he looks an excellent prospect. It took Luiz, 23, a few minutes to settle on his debut for the Selecao - he was caught out by Landon Donovan in the early stages - but once he did he displayed what has so many clubs inquiring about his services. Imperious, particularly in the second half. Arguably the finest performer on the field aside from the young Neymar. Verdict: Would be a superb addition, though the asking price is unlikely to be met.

Neymar
There's not really much to be said. This kid just has it - as so many of the Selecao legends do. It really was a marvelous debut from the the Santos teen, one that may have doubled - if not tripled - his asking price. A well-taken goal as well? What more can you ask for? He was a consistent threat to a lethargic United States, to be fair, but it's hard to argue with the quality this 18-year-old possesses. Not to sound ridiculous, but I saw a hint of early Cristiano Ronaldo in there. I really did. A wealth of Europeans clubs must be queuing up at the moment. **** Verdict: We should have signed him yesterday.

Bonus: Moving pictures from the match. The first, Neymar's excellent take. The second, Ramires to Pato for the game's second goal.