Sinclair off to Swansea - permanently

Share All sharing options for: Sinclair off to Swansea - permanently

Scott Sinclair's everlasting journey as a Chelsea player has finally come to an end. 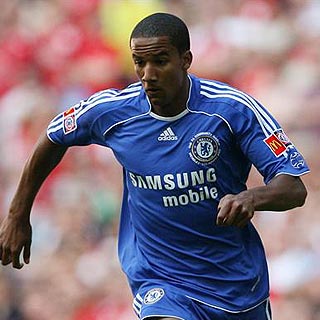 The pacey winger enjoyed six loan spells, at six different clubs, during his five-year tenure at Chelsea. The 21-year-old displayed shallow glimpses of the potential that brought him to London via Bristol Rovers in 2005, but never really put it all together.

Sinclair started just one game for Chelsea - - and made a total of four appearances for the Blues. On Monday, he agreed a three-year deal to join Championship side Swansea for an initial fee of £500,000. Kind of low, right? It could reach £1m based on appearances and performance-based add-ons.

I always liked Sinclair, even if it was a fair assessment that he was never quite going to make a breakthrough at the Chels. When he failed to spark at Wigan last season, it was evident his time was up with us. Good luck to him in his future endeavors.

Sidenote: Who's next to use the exit door?