The CO is back (for real this time)

Share All sharing options for: The CO is back (for real this time)

Yeah, yeah. I know I posted a little more than a week that the Chelsea Offside had returned from its summer solstice slumber - but, in reality, that was just the CO posting from work in its off time.

Some three weeks since our home internet provider took a Titanic-like dive we now have resumed normal service in the trusty abode. It feels good. Damnit, it feels really good.

How is everyone feeling tonight? Good.

What's been going on at Stamford Bridge? Quite a bit as it turns out.

The academy has grown exponentially for one thing. The centerpiece of this new crop being Tomas Kalas. The Czech Republic Under-18 international, 17, will be remaining at Czech club Sigma Olomouc next season but appears quite a catch. He was also pursued by the likes of Arsenal and Milan.

He better be. The Guardian say we could end up paying around £5.2m for the defender's services. 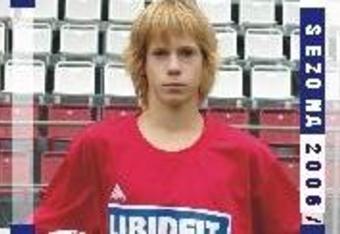 This kid? More on him as I find it out.

Here's what the official website had to say about young Kalas: "He is now going into the Under 18s, and made his first-team debut last season. Very athletic and quick, he is a very good one-on-one defender and comfortable on the ball. We feel there is a lot of potential in the player, and we feel at the minute it is the right time to get him, but it would be good for him to stay there and get first team experience, and we look forward to him joining us next year. Obviously we will stay in touch and he will come across here when appropriate. He is a right-sided centre-half who can play right-back."

Be sure to read up on the rest of the academy boys, including Todd "Big Daddy" Kane.