Share All sharing options for: Visual: The boys are back ...

The World Cup isn't even done, and the Blues are back in town. Man. Time does indeed fly.

Just seven weeks after lifting the FA Cup, Chelsea players and staff returned to Cobham on Monday for preseason training.

Plenty of solids to take away from our first session. Yossi made his debut in the blue - well, not the blue but you get the idea. There were appearances for both Essien and Mikel. Excellent. Bosingwa was not a part of the session, but it is appears the club feels as if he will be ready for the start of the competitive season.

Youngins were in the mix, too. Jack Cork, Ryan Bertrand, Scott Sinclair and Franco Di Santo were all back in the fold; all spent time on loan last season. They were joined in the first team by Josh McEachran. Go on then, Josh.

Here are some visuals to wet your appetite.

1. The boys work through some sprints 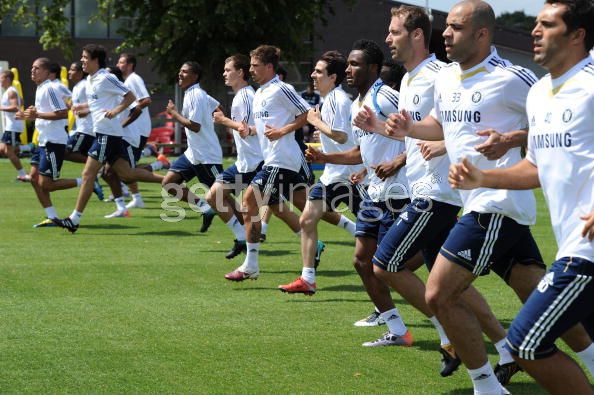 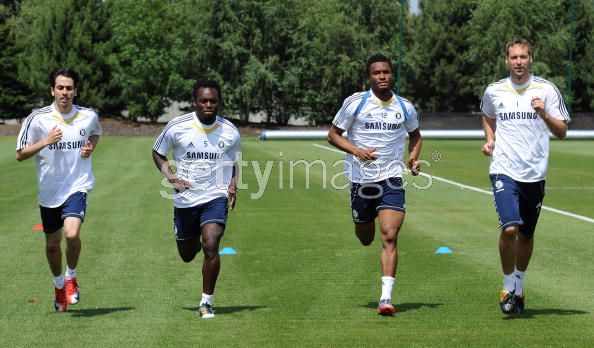 3. The two youts: Bertrand and Di Santo, with Alex 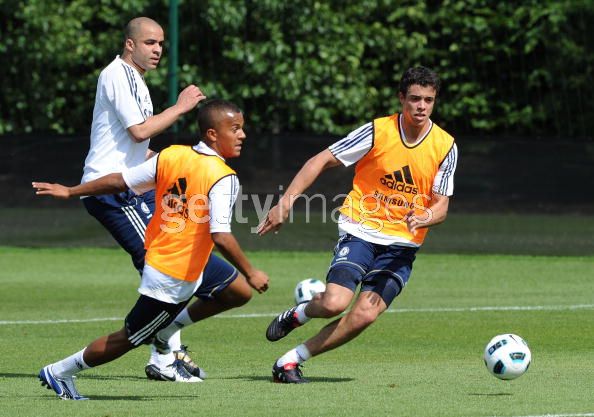 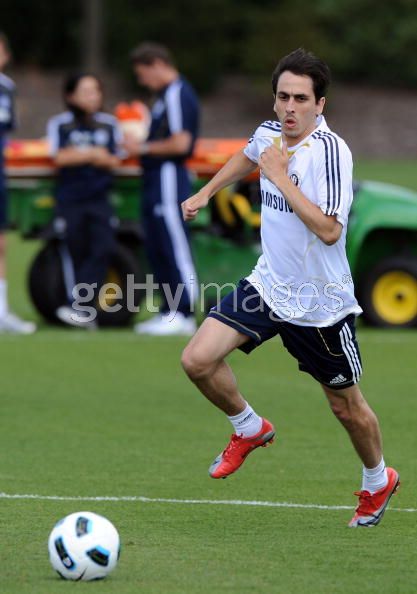