I haven't been one to report that much on transfer rumors this summer. I don't quite know why. 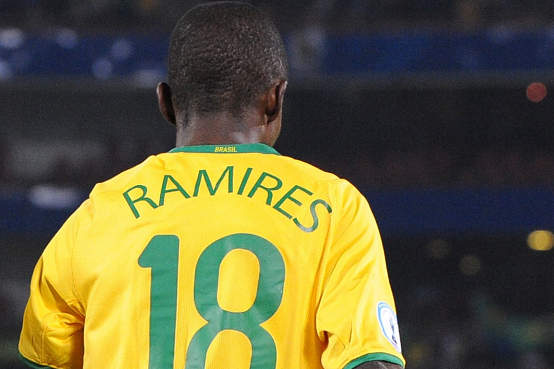 Our third signing of the summer?

Perhaps it's the sheer volume of links. Or the sheer lack of concrete news regarding said links. Either way, I haven't been paying too much attention - key words: too much - to the rumor mill.

Time to switch up the protocol.

The first of such rumors I want to touch on appears to be the one with the most legs. I am, of course, referring to Ramires. Reports linking the Benfica midfielder with the famous CFC have been consistent for the past month. The first link surfaced on 4 July in the Daily Mail - coincidentally, I believe, the Mail was the first source to actually report a deal was all but complete, just yesterday.

Yes, several outlets are referring to this transfer as pretty much a done deal. Numbers being thrown out for the Brazilian international, 23 years of age, are between £17-20 million.

Here are just a few of the online sources I've come across in the past two days:

I could go on. Sure, it's all speculation at the moment. But there's too much linkage - over numerous media - for this not to have some sort of truth within it.

You might remember just a few weeks ago, Ramires had this to say with regard to a move away from Benfica: "One good game could be enough to attract the interest of a big club. I don't know the names of the clubs that are after me, but it would be a dream for me to play for a big club such as Barcelona, Real Madrid or Chelsea."

With that being said, my attention turns to the player. Just 23, Ramires presents an interesting prospect. He is naturally a box-to-box midfielder, one that enjoys drifting right, who relies much more on his energy - and stamina - than technical savvy. His endurance is even viewed as uncanny, with several on Benfica forums - at the expense of mentioning any of his other attributes, aside from him being an integral piece of the side - heaping praise on Ramires' ability to never stop running.

One of those comments follows: "Ramires is a great player, I don't think you appreciate how much he and Javi Garcia meant to Benfica last season. They were the reason we could play the balls to the wall pressure and attack style we did. Ramires is a true box to box, defense to offense transition player, and he has a near super-human hemoglobin count because his motor never stops and he covers that field end to end. Just because he's not flashy or a goal scorer doesn't mean he's not amazing. Without players like Ramires teams don't win, period. For me this season the only players I didn't want to leave were the defensive and mid-field core of Ramires, Garcia, Luisao, Luiz, Coentrao and Perreira. I would be fine with any changes in goal or up front." 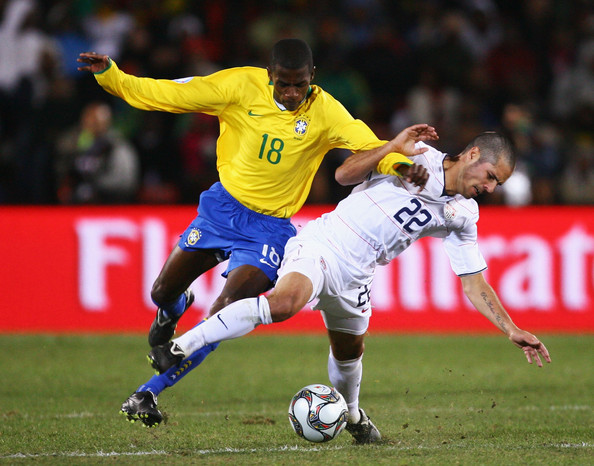 I'll admit I have not seen much of him, but I have at least seen him play for both Benfica and Brazil. I personally was impressed with his performance in stead of Felipe Melo for the Brazilians against Chile at the World Cup. For me, he excelled in a deeper position than he normally occupies at Benfica while also setting up Robinho with a superb run from the middle of the park.

Ramires is certainly one that has divided opinion amongst Chelsea supporters - at least the ones I've conversed with, mainly at CFCnet.

And there's no real gray area. Either this kid shouldn't be anywhere near the conversation - "Ramires should be nowhere near the Brazilian team." is one of the kinder remarks - or he may provide us a nice option that could allow Essien and Lampard plenty of freedom to pillage.

Most of the hate seems to be manifested from the club's apparent disgust at overpaying for Yaya Toure (£24m), then turning around and shipping 20-plus million to Portugal for what they deem an 'unproven' commodity. Unproven? Not so much. Overpriced? Well, isn't everyone in this market? But, yeah, I understand the frustration. I would certainly rate Toure higher than Ramires, though Ramires is four years younger and has immense growth potential. "So I got that goin' for me, which is nice."

A select few supporters are taking the wait and see approach. So am I.

I'll ride with the King Carlo and the board on this one. If they see something in the young Brazilian, I'm anxious to see exactly what that something is. Carlo does have a decent rapport with Brazilians, after all.

What are your thoughts on this potential signing? Yay? Nay? Whatever? Let me know.