A (not so) friendly review: Ajax 3-1 Chelsea

Share All sharing options for: A (not so) friendly review: Ajax 3-1 Chelsea

Carlo reacts to a forgettable afternoon in Amsterdam. "Really?" 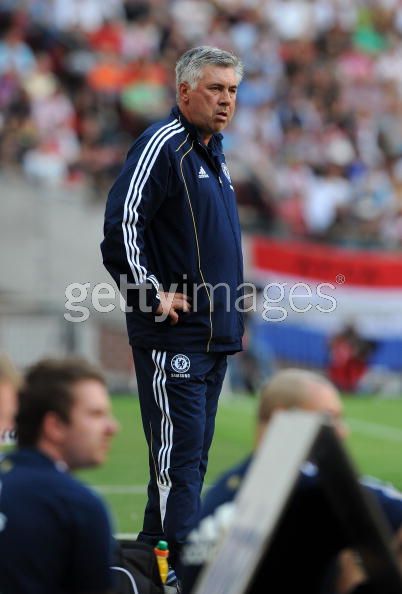 So there are the details. Do we need to go any further with this one?

A pretty languid display overall. Defensively we were poor. Offensively, anonymous aside from a decent take from Daniel Sturridge inside 25 minutes. Sounds awful does it not? It pretty much was. Moving on. 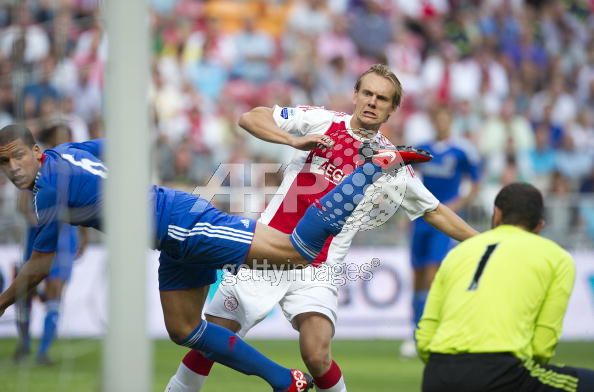 Conclusions ---
• Franco Di Santo. Anonymous once again. Apparently both Wigan as well as Dutch clubs FC Twente and Feyenoord are interested in acquiring the lanky Argentine on loan. Here's to hoping they still are. If so, move him on. STAT.

• Jeffrey Bruma. Still blessed with a right bit of potential, but Friday exposed him for a kid not quite ready for the brightest of lights. He must improve considerably in his decision-making (Consider his work in the lead-up to the own goal. Sure Turnbull was at sea, but why flail in front of him?). His positioning and communication needs work as well. Don't get me wrong, I love the kid though.

• Nemanja Matic, again, looked progressive on the ball. Much more so than his partners, John Mikel and Mike Essien. He also showed a propensity to sit on the ball a little long, again. Still, a very solid, technically gifted, prospect. Daniel Sturridge was bright early before fading. So, too, was Ryan Bertrand. That's a pair of decent performances from the fullback. Josh McEachran showed more glimpses of why he is so highly regarded. I'm still not sure whether we will see him make his first-team debut this season. We shall see.

• Ross Turnbull. You have not only lost many a supporter's respect but, here at the Chelsea Offside, you've lost all you ever really had here - a truly OG nickname. No more RAWSE for you, sir. Back to Teesside with you. But seriously, get it together man.

• Positive spin this. I'd much rather have our kids suffering defeat, struggling, rather than scraping through in 0-0s or 1-0s which would, for the most part, mask their many flaws. Reality checks, people. These boys need them - particularly Sturridge, who, despite his vast talent, comes off like an arrogant prick. Sorry, but it's quite obvious.

• That there are no real definitive conclusions to be made. You know how Chelsea supporters tend to react. We're an impulsive lot, really. Not sure what I mean? Check it.

Exactly. It was a preseason friendly, lads. A friendly in which we featured two potential first XI guys. Maybe two. Against an Ajax side featuring a host of first-team regulars - headlined by a goalkeeper who started in the World Cup final. Not exactly Exeter City, then (no disrespect to Exeter, obviously).

No need to overreact just yet. If we drop points on August 14, then we might - might - need to consult the tarot cards.

• So. It's off to Deutschland for our final two preseason fixtures. Eintracht Frankfurt on 1 Aug. Expect to see Super Frank & Co. in the financial center in just over a week as we inch closer to the start of the regular season. KTBFFH