And it starts: Cech out for a month with calf injury

Share All sharing options for: And it starts: Cech out for a month with calf injury 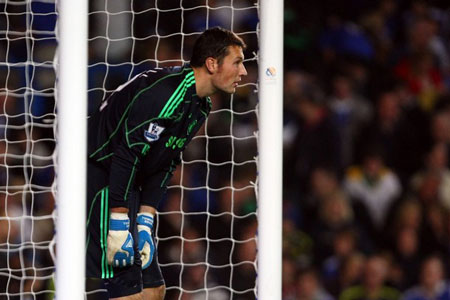 Perfect timing? Yesterday, Rick Ross released his fourth - and perhaps best - solo LP. Today, we find out that RAWSE will likely be our starting goalkeeper to open the 2010-11 season.

Yes, Chelsea confirmed that Petr Cech is expected to be out for a month after tearing a calf muscle in his right leg. The injury occurred yesterday in training.

So Cech's fitness problems continue. I don't know if I've seen a keeper with such issues. He missed a month last season for a similar, if not the same, injury picked up in the opening leg of our Champions League tie with Internazionale. What the hell?

Meanwhile, it's down to Ross Turnbull or Hilario to take care of business in Cech's stead. I'm riding with RAWSE.

By the way, that didn't take long. Not at all. The competitive schedule has yet to even start, and the injuries are already surfacing. Please don't be a sign of what's to come.

Bonus: Cech finds your lack of faith (in him returning quicker than expected) disturbing. 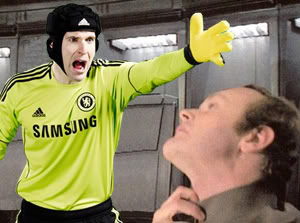