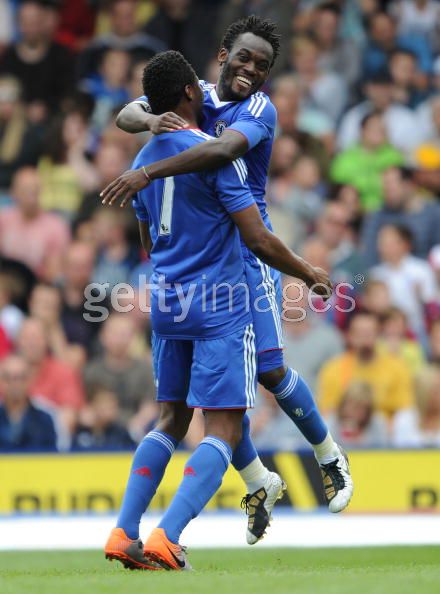 Mike is back. And looking proper.

Michael Essien clothed himself in the blue of Chelsea for the first time in some six months Saturday afternoon, netting the only goal in a 1-0 exhibition win against Crystal Palace at Selhurst Park.

The first friendly of the preseason came and went with general merriment. We won. Essien was joined in returning from injury by John Obi Mikel and Alex. All three survived, too. Far out. Bonus. And we got a right good look at these much talked about academy boys. Several of them even looked competent. Huzzah.

We can't really draw too much from the match, seeing as it was only a preseason fixture - the first one at that. But let's take a deeper look anyway.

The Good
• Michael Essien. Of coursse. Didn't I say something similar on Friday? The return of the Ghanaian was better than expected. He showed more than just flashes of his old, dynamic self. He was his old, dynamic self. Marauding all over the field, Essien even displayed some real pace - an attribute I wasn't expecting to surface at least until the start of the domestic league season. He rattled the crossbar in the opening half with a vintage drive reminiscent of his showcase tally against Barcelona on that tempestuous May evening a few years prior. He wasn't to remain goallless, meanwhile, capping a really smart piece of interchange on the edge of the area between Josh McEachran and Daniel Sturridge with a low, curled effort to the far post. It proved to be the final contribution to a fine, fine return for the world's most dynamic midfielder.

• That early touch from McEachran just outside the penalty area. Zizzou-esque? Kid was in and out of the mix, however. Incredible talent, but he must work on not only his positional awareness, but also his strength and ball-retaining skills.

• Strurridge. Incredibly active, almost to a fault. His close control was excellent, as was his ability to get in positions to score - though he was fairly woeful once there. His pace is a killer. The kid looks a genuine talent. Now, if we could only calm him down.

• The defense. Overall a sturdy shift from a makeshift back four. Ryan Bertand was probably the pick of the quartet, though I'm not sure of the likelihood of him still being around come August. I doubt someone of his level will accept the role of a fourth choice left fullback. Van Aanholt, who has played some in the center of defense, did so again and was generally solid. We're not accustomed to seeing Jeffrey Bruma out on the right, but, to me, he still looks a firm pick to establish himself in the first team. Reminds me of an Alex with pace.

• Matic's passing. The kid may be a tad slow, but he certainly has tremendous range. Early, he was spraying passes all over the field. He also, along with Mikel, did well to break up play when needed. Still, his passing was the highlight of his day.

• Nathaniel Chalobah. Who would have thought a 15-year-old would have a nice little cameo for Chelsea, in this era? He had to have been nervous, but it really wasn't noticeable to be fair to the teenager. I thought he looked genuinely reserved in defense. One of the future for sure.

• Scott Sinclair. Poor Scotty always flatters to deceive. He comes on and is instantly involved. I mean, he won a penalty after all - even though it wasn't given as such. Too bad we all know it won't last. 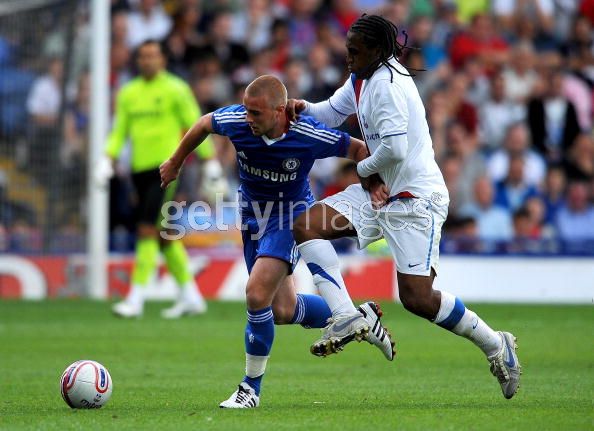 Young Conor Clifford during his second-half cameo. I must say, he looked assured.

The Bad
• Franco Di Santo. Dare I say a disappointment? Cannot for the life of me see anything but a sale in his near future. I don't want to say he looked entirely clueless. Yes, yes I do. His movement was generally terrible. There were numerous times he ruined a potential chance by opting to occupy the same space as Sturridge. What was that all about? More so, he always appears a second late or slow. Indecisive. And his finishing, well. I'm afraid he's earmarked for the door.

• No Yossi Benayoun. It would have been nice to see the schemer involved. Nevertheless, we should see him in Amsterdam in about a week.

The Ugly
• Sturridge. Good, and ugly? Yes. Though he displayed quite a bit, he also tried entirely too hard. You know, he's just too damn selfish as well. And there was that fluffed 1-on-1. How he managed to bemuse us all by somehow managing to waste that chance - set in motion sublimely by McEachran - is beyond me. Come on, Danny.

On to Amsterdam, then. KTBFFH