Share All sharing options for: Schweinsteiger hearts Super Frank, wants to marry him 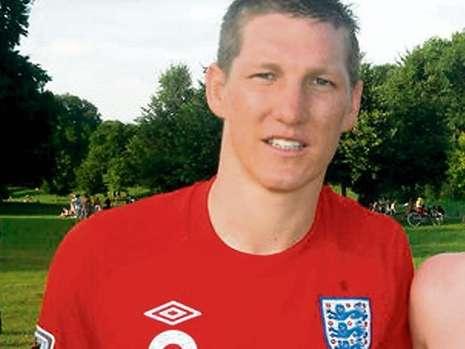 What a beautiful sight this is.

Just two days after the World Cup, Bastian Schweinsteiger was already kicking it about again - this time in Munich, the English Garden to be exact. He just loves football that much, I tell ya.

You know what he also loves? Super Frank Lampard. That's right. The two exchanged shirts following Germany's wiping of the floor of the English in the Round of 16. Schweini was so excited about the pick up, he opted to wear the jersey during the kickabout. See below for more visual evidence. 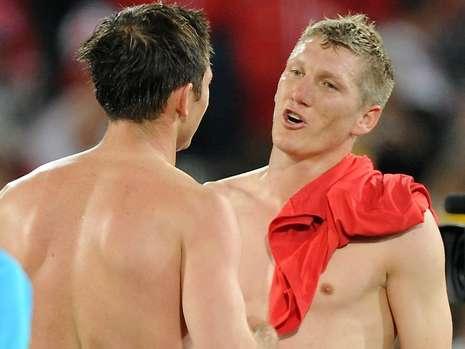 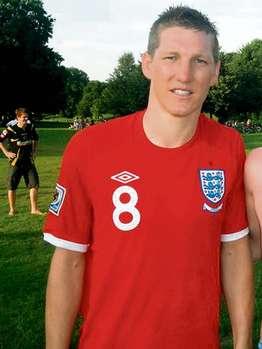 What does it all mean? I haven't a clue. Bastian himself revealed that Chelsea were interested in securing his services - along with Real Madrid and Juventus - just a few days ago. Perhaps this piece of evidence can jolt us into a better bargaining position.

Then again, that's just wishful thinking. Hey, at least the man - who I considered to be the best performer at the '10 World Cup, along with Diego Forlan - has a jones for the one known as Frank. That can't hurt.