Share All sharing options for: Revealed: Chelsea away shirt 2010-11 (Confirmed)

The club is to officially unveil this season's away Chelsea jersey tomorrow. However, photos of the kit have apparently already leaked.

Without further ado, Here it is. Thoughts? 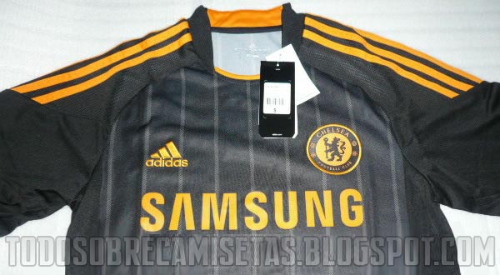 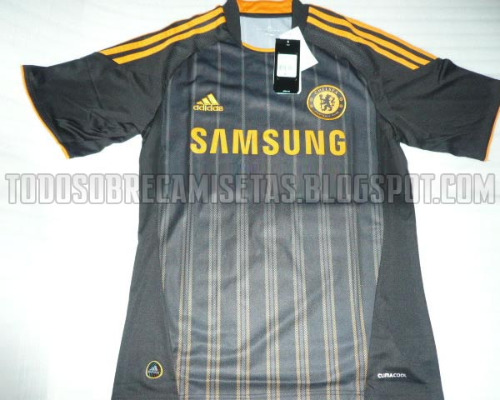 Perhaps a homage to this legendary shirt from the mid-90s? 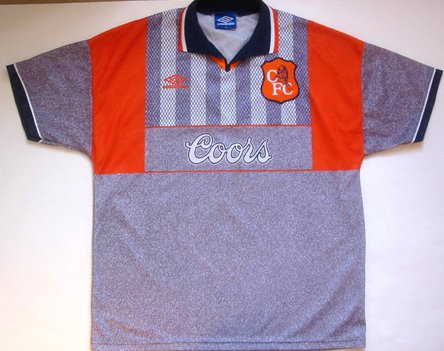 Update: The unveiling today on the official site has confirmed that this in fact is this coming season's away kit. I'm not made at that.

Bonus: Remember the potential third kit we came across a few months ago? The one with the almost-neon blue crosshatch? Well, most of you thought it was a goalkeeper shirt. Me, I thought otherwise. Well, a short-sleeved version has surfaced given at least some credence to my theory. Then again, rumor has it that the third kit is green and blue. Who knows, really, though?

Click here to see a photo of the kit via what appears to be an Indian online store.