We have a game this weekend? Weird - and so awesome

Share All sharing options for: We have a game this weekend? Weird - and so awesome

Still, can't believe it has arrived so soon.

Our beloved Chelsea Football Club opens its preseason calendar on Saturday - yes, Saturday - when Crystal Palace welcome the boys to Selhurst Park for an afternoon friendly. Chelsea TV will have the match for those of you who are afforded their services (not I).

No more hearing about those deities on the Iberian Peninsula. It's time for some famous CFC.

It may well be time for some Michael Essien as well. Just the thought has me with the chills. Perhaps some Yossi Benayoun, too? Excellent. 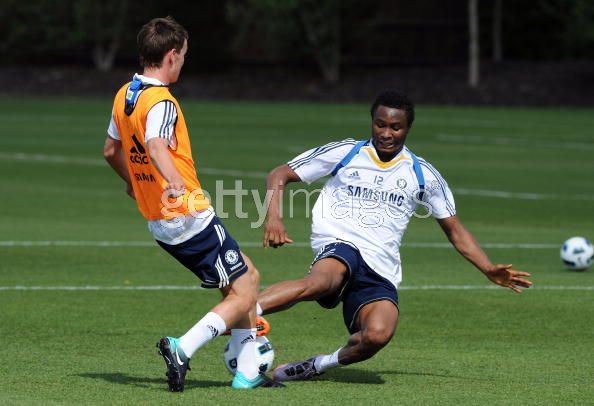 Later in the week, I plan on cooking up something of a 'what to watch for' post. But, for now, I pose this: Who may we see on the field come Saturday. Come now people, let's see your XIs.

Remember mainstays such as England's Brave and Loyal John Terry, Super Frank Lampard and The Mighty Drogs have received a deserved vacate following the World Cup. A handful of youth players - namely Gael Kakuta and Fabio Borini - are on international duty with their respective U-19 teams for the 2010 UEFA European Under-19 Championship, which is being held July 18-30 in France. There's also injuries to consider.

All these variables suggest we are going to see a very young side. I'm looking forward to it, too.

Post your XIs to comments. I'm looking forward to the responses - and Saturday's match. KTBFFH