This is getting ridiculous. Mikel latest Blue ruled out of World Cup

Share All sharing options for: This is getting ridiculous. Mikel latest Blue ruled out of World Cup

Remember last week when I reluctantly questioned the career of one Michael Essien? It appears we may be heading down a similar path with regard to Mikel John Obi.

The Nigerian, 23, joins an ever-growing list of famous CFC employees who will be missing in South Africa. Essien, Ballack, Bosingwa, Drogba (likely) and now Mikel. Who's next? Don't answer that.

Like Essien, Mikel has struggled to recover from recent knee surgery, surgery that ruled him out for Chelsea's historic season run-in. They - and by they I mean the official club website - refer to it as 'minor' surgery; it seems to be anything but. 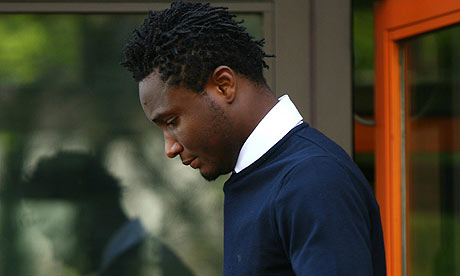 "It is the same knee and I did not want to risk any further damage, also I think it is in the best interest of the team for me to withdraw rather than waste a slot," Mikel told chelseafc.com. "I wish the team good luck and I know that they will surprise people."

The Guardian reports a Nigeria media officer revealed - incorrectly I assume - that Mikel had sustained an ankle injury: "Mikel suffered a bruise to his ankle and a scan showed that he will not recover on time. The coach has now decided to call up Brown Ideye to replace him."

Team coordinator, Emmanuel Attah, had said earlier: "We have dropped Mikel from the World Cup after he told the team he did not want to put his career at risk as his knee injury has yet to fully heal after a recent surgery."

Hmmm. Either way, it's a blow to the Super Eagles. And it's a potential disaster for Chelsea as injuries continue to pile up, along with the age of the squad.

Let's hope Mikel's decision to forego the World Cup represents a step toward recovery rather than a step back into the training room. Get well soon Johnny.