The News 15 June: Torres again? Silva, and Mutu must pay

Share All sharing options for: The News 15 June: Torres again? Silva, and Mutu must pay

Some random tidbits in the land of Chelsea. Enjoy (or don’t). 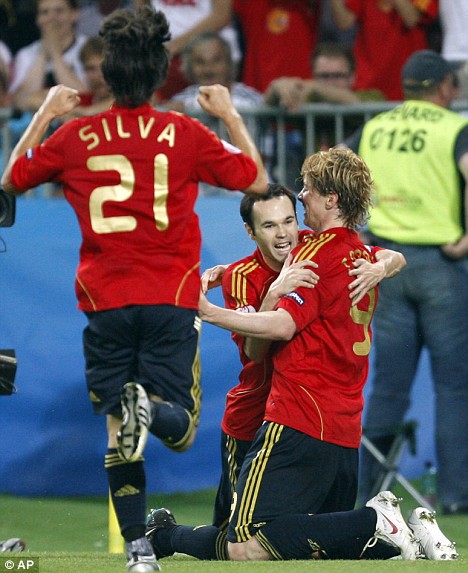 Are two of these three about to join the English champions?

Here's the quotage: "There have been two verbal offers for Torres, Chelsea are willing to pay £50 million, but Manchester City offered verbally £25 million more! Liverpool would naturally want the bigger sum, but Torres as made it perfectly clear that he won't be joining Manchester City, even though City would go as high as £200,000-a-week wages.

"Even so Chelsea would pay Torres £140,000-a-week and when you're at that level, the important thing for the player is to go to a club with Champions League football and the chance of winning the major honours. Liverpool, who are still to appoint a new manager after parting company with Rafael Benitez last month, have not formally acknowledged Chelsea's approach. If you are asking my opinion both Torres and Benayoun will go to Chelsea, the Benayoun deal is very close to completion, but Torres won't be sorted out now until after the World Cup Finals."

• Chelsea head queue for Silva?
Not unlike Torres, David Silva's name has been surfacing in rumors for a few months now.

The News of the World now reckons Chelsea are leading the chase - over City - for the the Valencia and Spain winger. Valencia may have pawned David Villa off for £40m, but are still riddled with debt and are likely to move another high-profile player - or five.

His agent Amadeo Rengel apparently said this: "The option of Chelsea is the most interesting in terms of the sporting project."

Really? Well, I shouldn't be surprised. We are quite interesting.

Still, do we need another left-footed winger? I mean, Flo is kind of a big deal right now. I'll reserve judgement on this one. Thoughts? 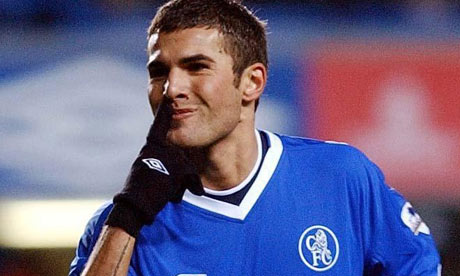 • Mutu loses final appeal, must pay up
Poor, poor Adrian. The former Chelsea and Juventus striker has lost his most recent appeal against charges of breach of contract. He has been orded to pay £14m in damages to the famous CFC.

The Swiss Federal Court confirmed Monday that they had upheld the decision made by both FIFA and the Court of Arbitration for Sport. Mutu, 31, now plays for Fiorentina - though he is currently serving an nine-month ban for a second failed doping test.

So, victory is ours! Not really. Mutu is likely to file for bankruptcy, and the club will see little, if any, fundage from this ruling. Perhaps Romes has been in contact with the Tambov underworld to sort this out?