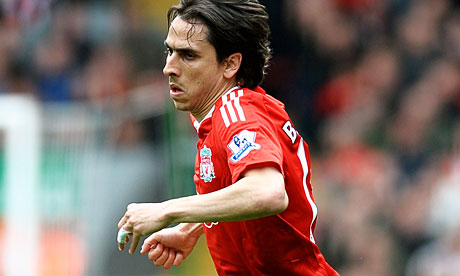 On his way to the Bridge?

It looks to be that way. Multiple media outlets, including a website owned by the agent of Yossi Benayoun, are reporting that the Liverpool utility man has agreed a deal to join Chelsea. Rumors have swirled for a few months linking Benayoun, 30, with a return to London where he spent three years with West Ham.

Personal terms have been agreed, according to both Isareli Sport 5 and IMScouting, but a fee for the player has yet to be reached. The Guardian says Chelsea are looking at shelling out around £4 million; Liverpool are seeking closer to £10m for a player they paid £5m to secure. Well, that's just gar-bage.

Interesting side note: IMScouting is run by Benayoun's agent, Pini Zahavi, who ironically is a close friend of Roman Abramovich. The man not only helped facilitate our man's takeover of the famous CFC, but also was part of the infamous Cashley 'tapping up" debacle. Reliable source then? Perhaps.

I hate to treat this like an official deal, but it does seem likely. So, on to For/Against:

For
Proven Premier League performer. At between £4-6m, he is a low-risk option and, as a squad player, which he no doubt prove to be, would represent a marginal upgrade over Joe Cole - at least over the past two seasons.

Perhaps the biggest for in the Israeli's arsenal is his consistency and versatility. He may not be that world class signing many of us are craving, but Benni will do a job; I've rarely seen a Liverpool match in which he did not at least provide some sort of solid effort, be it on the wing, in midfield or otherwise. Versatility, consistency, both are extremely overlooked.

Furthermore, if this signing does not represent the end of our business this summer, it will provide a step up in squad depth, which, to be fair, was a problem on occasion last season. 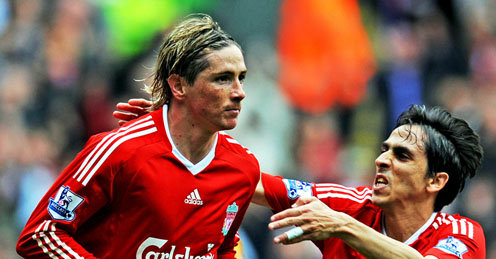 Against
Age. At 30, it's fair to question exactly how much Yossi has left in the tank, particularly as he relies so much on his industry. The length of contract being reported is four years. Seriously? Don't understand that, at all.

Price. If our club ends up paying £10m for this guy, I don't know. I just don't know. And what kind of salary are we looking at? Wasn't he on around 75K per week at Liverpool? That's a tad high if we are looking to drastically reduce the wage bill.

Benni v. previous/current options. Does Yossi represent an upgrade over both Joe Cole (released) and Miroslav Stoch (sold). Regarding Joey, I'm not sure. At this point, Yossi is probably the more consistent - no, he is the more consistent. Stoch, meanwhile, is 10 years younger and, as far as potential is concerned, seems to have unlimited upside. Other than league experience, I can't see how Yossi is an upgrade. But then, that's just me. More so, does he represent a better option than, say, Gael Kakuta? Again, I'm not so sure.

A sign of things to come? Does a signing like this represent a piece of smart business, with more significant pieces in the works? Or does Benayoun represent the way of the future in regard to the transfer market for this club? With the first, Benni may be a really good signing. The later, and it's hardly one to improve the overall quality of this aging side. The answer to this one will only come in time.

Conclusion
To be determined. Until the deal if official, I can't make a ruling. I want to be disappointed - particularly what with Stoch sitting there ready to go only a week ago - but it really all depends on how the rest of the summer plays out.

What do you guys think? If true, does Yossi represent good value? Or is this a worrying sign for the future? Let me know.