One for the archives: Drogba profile in Sports Illustrated

Share All sharing options for: One for the archives: Drogba profile in Sports Illustrated

I've been meaning to post this for a week or so, but it continued to slip my mind. Apologies.

Grant Wahl profiled Didier Drogba in the 24 May issue of Sports Illustrated. An excellent read. 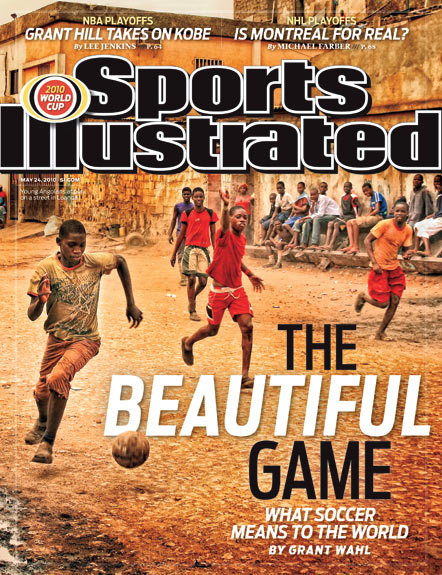 Here is an excerpt:
In turn, Drogba has used his popularity—and his influential stature outside politics—to spread a message of peace after three years of bloodshed that left 4,000 dead in a nation of 20.6 million. In October 2005, after Ivory Coast had beaten Sudan 3--1 to qualify for its first World Cup, Drogba called on his teammates and a cameraman from Radio Télévision Ivoirienne to gather around him for an impromptu national address. "Ivorians, men and women, from the north and the south, the center and the west, you've seen this," Drogba announced, his words halting at first but then quickly gathering strength. "We've proved to you that the people of Ivory Coast can live together side by side, play together toward the same goal: qualifying for the World Cup. We promised you this celebration would bring the people together. Now we're asking you to make this a reality. Please, let's all kneel."

To read the entire story - please do - click the image.