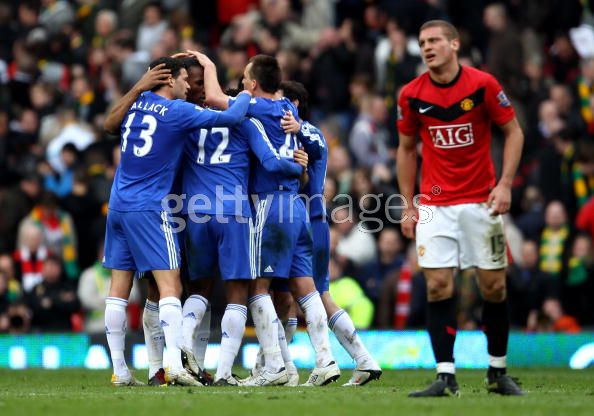 Was that really Manchester United? It certainly didn't appear so. I mean, there is no way that was a Sir Alex Ferguson-led side.

Chelsea's comfort level in the first half of Saturday's match - dubbed a World Cup final by Ferguson in the lead-up - resembled that of Thierry Henry in that horrid Pepsi commercial a few years ago (see below). We were lounging.

The meekness in which United wallowed was something to behold. Certainly Rooney's absence was a blow, but to this degree? Who would have thought. That must have been the worst 60 or so minutes the reigning champions have produced this term. Regardless, I would be remiss if I didn't think the famous CFC played a critical role in that development, or lack thereof.

Ancelotti shocked everybody - well, most - by omitting Didier Drogba for the second consecutive match. Opting for the same XI that annihilated Aston Villa the week prior isn't such a chore, really, but who dare leave Drogba on the bench? Again? Dropping a 30-goal behemoth takes a robust type of confidence this club has been lacking since the days of Mourinho. It's nice to see it back in the mix.

That extra week of prep certainly was a factor. Ancelotti dared to be bold - and it paid off. Joey and Flo were involved from the start, consistently backed by our fullbacks, Yuri and Paulo. The midfield three was efficient in its distribution to said four. Deco classed his way through a superb opening 45 minutes, keeping possession with relative ease while directing traffic with a gaggle of pinpoint deliveries. He faded after the break, but the damage was pretty much done.

United, as one would expect, did eventually reach another gear - likely ignited by a hair dryer, or two - in the second half, but it still took the hosts a quarter of an hour to actually unearth it. Chelsea mostly sheltered the push with ease and, most unlike him, Ancelotti actually used his substitutions to great effect. Is it me or is this guy coming good? Both Drogba, who finally netted his first league goal against United from 20 yards offside, and Kalou helped counter the sway. Even Ballack, whose introduction was warranted with Deco gasping, provided a nice shift.

It was not so much a performance of great quality, but of necessity. Exactly what was needed. Five games to go and, on this evidence, we can see this to the finish. Up the Blues.

Of note ---
• The officiating. From whichever side you choose to take, it was appalling. Is this what clubs and supporters alike should expect in matches of the highest level? Mike Dean, clueless. As Jonathan from OleOle put it, "The Salvador Dali of refereeing, without the maverick brilliance or interesting facial hair. Just plain odd."

• Joe Cole. Not a surgical display by any means. But his moment of inspiration - set up by our player of the season mind you - was the difference. That new contract may not be as far away as once imagined.

• Ferguson's team selection. What the? Neville, Scholes AND Giggs. With Nani, Carrick and Rafael fresh. All the talk surrounding the age of our squad and, on Saturday, United's average age actually trumped us - by over two years. 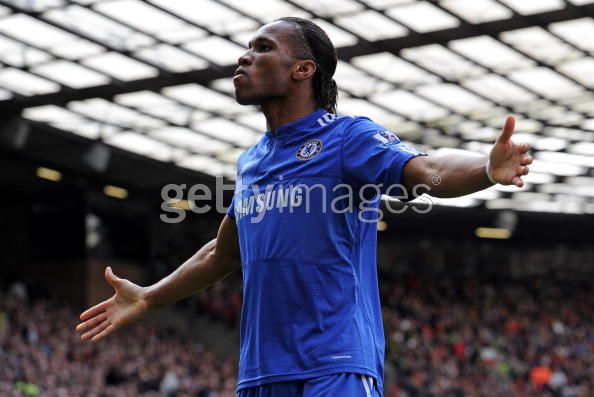 "Raw nights I perform like Mike, any one - Tyson, Jordan, Jackson"

Player Ratings ---
I'm sick of all these numbers. Throw a TI-83 at the readers as far as I'm concerned with all those digits. So I'm freshing this s*** up. Each week on the week, I will now be rating players on a scale of my chosing. This week, hip-hop albums. You don't know rap, you say? Deal with it.

Ferreira
Beatnuts - Musical Massacre
Overlooked, but damn fine when you sit down and analyze. Paulo, aside from a lapse here and there defensively (see Nani in the lead-up to United's goal), was an impressive piece of the jigsaw today.

Zhirkov
Black Milk-Tronic
May have gotten away with one in the opening half against Park, but otherwise shear quality. Subdued Valencia, provided an offensive outlet.

Mikel
Ghostface Killah-Fishscale
We have just come to expect this type of performance. Commanding, steady.

Lampard
Swollen Members-Bad Dreams
Not nearly as aggressive as against Villa. Still a key component of what was a commanding midfield.

Malouda
Beastie Boys - Paul's Boutique
Originally cast aside as a throwaway, now very much a classic. This was, for the most part, a classic performance from our player of the season. How physically strong is this guy on the ball?

Joey
Nas-I Am...
Far from excellent, but provided the definitive piece of brilliance that capped a superb opening half.

Anelka 7
Atmosphere-When Life Gives You Lemons, You Paint That Shit Gold
His movement was again much-needed. Selfless and industrious. A working man's performance.