Share All sharing options for: Carlo loathes 'Clash of the Titans' remake

Carlo Ancelotti and Jack Goodson. Two of a kind.

We both could care less what happens in this morning at Old Trafford. We both enjoy the cinema. And we both appear to prefer the original Clash of the Titans. 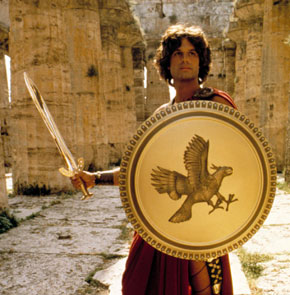 Ancelotti, during Friday's new conference, said he will not be taking in Spurs' visit to Manchester United. Instead he'll be making a trip to the theater, likely to take in the Titans remake. Again.

"We have training in the morning and in the afternoon we can go to the movies and see a film," Ancelotti has been quoted as saying. "We are not interested in (Manchester United's) result. There are some fantastic films on. Clash of the Titans maybe. I saw it but I didn't understand it very well. I need to see it again."

Don't do it, Carlo. Stay at home and watch the original Harry Hamlin vehicle. That Medusa scene still scares the s*** out of me, some 20 years since my first introduction. A classic no doubt.