Arsenal. Now Chelsea. Prepare for quite the commemorative DVD set. Daniel Levy is positively glowing at the idea of it all as we speak.

Moving on then. You know, there are those times when s*** is so bad your personal misery reaches a point where it just morphs right into a laugh. That was me about five or so hours ago.

I just had to laugh at how it all unfolded Saturday.

You wake up at 7ish EST brimming with confidence; optimism ablaze. An hour later, you're still on the up. Then, at approximately 9:39, it all begins to crumble. An omen of sorts falls from the sky - or, in this case, from the head of a ginger prince of suspect sexual orientation. Two hours later, you're in a coma of anguish wondering where it all went wrong.

Doom and gloom, sure. Yes we still control our own fate. Win our remaining three matches, champions we are. Believe you'll say. That's all well and good, too. I want to believe. What you must ask yourself, though, is if you actually believe we will win this title. Sure we can, but will we? I want to say yes ... but I cannot.

The Blue Flag is still flying in this household, gentlemen, but a lost soul can't help but begin an extensive search for answers after a debacle such as the one endured just a few short hours ago.

Where to begin? Describing this defeat is a task of My Giant breadth. Dire? Macabre? Just plain offensive? Negative. There aren't really any words available to summarize what was witnessed. Speechless (in the figurative sense, of course). 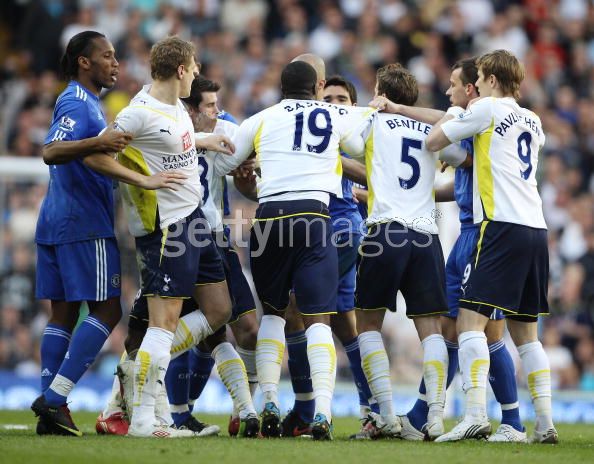 "It's not the despair, Laura. I can take the despair. It's the hope I can't stand."
-John Cleese, Clockwise

All the prose, the quotes on how much a league championship would mean. Then, with said championship within grasp, you provide us with a showcase of projectile vomit-inducing football. I mean, could it have been any worse over the opening 20-plus minutes? How predictable. I ask for aggression, I receive nothing. NOTHING. The lot must have sleepwalked onto the pitch. It was as if 10 Dimitar Berbatovs were languishing around in a Multiplicity-style hoax. No guile. No character. Subpar United edge pathetic City, and we crawl into a shell at the thought of it all.

::Screams with Sam Kinison-like vile at the computer screen::

Movement? Non-existent. Fluidity? Right. Crisp passing? Ha. Then, it happened. We all knew - after the collective ramblings of O'Neill and Coyle - that a penalty was in our future. It did not take long for it to surface. Brave John Terry, a mess all damn day, sees the ball glance off his head and onto his arm in front of someone or other. The always-competent Phil Dowd on hand to point to the spot with pompous ease. Defoe easily converts and, yeah, there goes our precious four-point cushion.

That appeared to wake the dead, at least for a minute or two. Didier and Joe combined to waste a couple of half-chances, but in reality there was no real threat. Joe added some other fine moments - and by fine I mean laughingly grotesque - before Flo actually found the back of the net. Of course, he was marginally offside. Then there was the sapless Drogba again, his ridiculous chipped offering, from a well-weighted Lampard through ball, a microcosm of the sadistic torture the opening half had become.

Then. THEN. It got even worse. Just as we seemed to be finding some sort of control right before halftime, up springs the effervescent Gareth Bale, who only a few months ago was an anonymous character in the Spurs fairytale. Here, he ravaged Poor Paulo and, on this occasion, swept past the lead-footed Portugese, cut back inside him and then unleashed a rasping low effort past Cech at his near post. With his weaker right foot. Bale for England? Oh, wait...

Lampard nearly responded immediately, but Gomes, who is in the form of his life to be fair, reacted brilliantly to palm away Super Frank's delicious volley from about 10 yards. And that as they say was that for the most forgettable half of football this season.

That was until you saw the second 45.

This is where it gets farcical. CA goes for broke, applying our final two substitutions - Mikel limped off after only 20 minutes if you missed it - at the start of the second half. Anelka, Bane on; Poor Paolo and unfortunate Joey off. But, right as were about to kick off, Drogba hobbles to the sideline with an apparent groin injury. Carlo, who was as animated as we've ever seen him on this day, looked on in awe then wielded a death stare of Vader proportion onto the Ivorian who promptly frolicked back to the center circle. It was something out of a comic book.

Whatever Carlo had instructed at the interval - John Sitton anyone? - it went right through the window at that point. The second half, if you can believe it, was of a lower standard than the first. Not until we were down to 10 men did we resemble anything other than a pub side. And there was Carlo, on the sideline incensed. When the camera cut to him lambasting the fourth official, likely in response to any number of Dowd's ridiculous decisions, it was a joy. To see this man, so cool, so suave, out of control gave me a certain sense of comfort.

Around that time Terry went off the boil, collecting a pair of bookings in short succession - both warranted - and jostling off the field in typical style. Mouthing to Dowd on his way off that he had gotten the ball on both tackles with two fingers was absurd; no offense John, but no, no you didn't.

And that was basically it. Cech saved us from embarrassment on numerous occasions, while Bane provided our only real scoring chance of the half up to that point with a fine effort from 25 that shaved the crossbar.  Lampard pulled a goal back in the third minute of added time to add some pseudo-spice to the proceedings but it represented nothing more than a consolation and somewhat of a goal-difference booster, which may actually be of some use now.

Then you sit down and think. I, for one, gathered myself for a soothing walk, asking myself how a team of such stature, of such talent, could throw away a four-point lead for a third time this season. We really can't play multiple games per week, can we? Unbelievable. It's quite clear this team is marvelous when stakes are relatively low. Throw a small margin for error in there, and it's a different story. How will we respond to this pressure, that is the question. 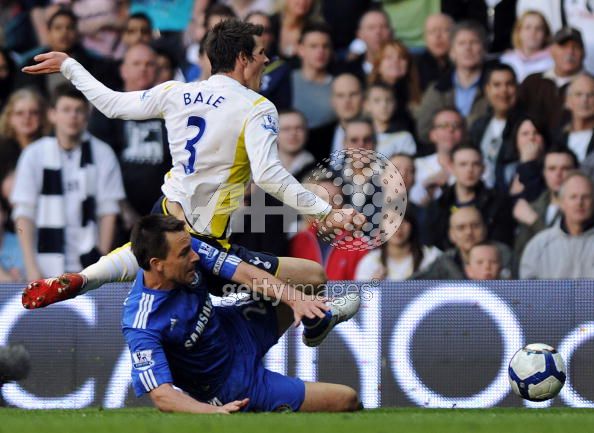 Player ratings ---
Seriously? Never going to happen. Not after that display. A few select shout-outs must be made, however.

John Terry
Not today he wasn't. Difficult to classify what was a disturbing hour or so of football from our captain. Penalty, pair of bookings, general lack of composure. He really sold us out with the sending off, and then had the nerve to complain? Wow. It's been a sad couple of weeks for BJT.

The Drogs
Rancid. Ineffective, disinterested, was this the Drogba of old? Hardly a telling touch the entire evening. Rarely available for service, mainly because he was skipping about in midfield. Crowded Deco and Lampard with his foolish Anelka impersonation. Sure he's carrying a hernia injury and, more to the point, he has been inspirational for much of the term. Regardless, this is unacceptable. More of the same, and we don't stand a chance in the league race.

Zhirkov
Fair play to you, sir. Consistently provided an outlet down the left channel. Kept composure unlike many. Will be unlucky to lose place to fit-again Ashley Cole.

Super Frank
Did everything he could. Was all over the pitch in the second half. Never wavered, unlike some. Received his reward with a goal, his 23rd of the campaign.

Ok. Enough with this match. Finished and forgotten. On to Stoke City, then. KTBFFH