And it is with these type of wins that titles are won.

Certainly not at their best. Certainly not comfortable. Still, Chelsea managed to shape United's stumble at Blackburn into a trio of critical points. Then, a day later, Tottenham - of all people, Spurs - deal Arsenal a potentially fatal blow in the form of a 2-1 defeat at White Hart Lane. Four points clear of United; six of Arsenal. 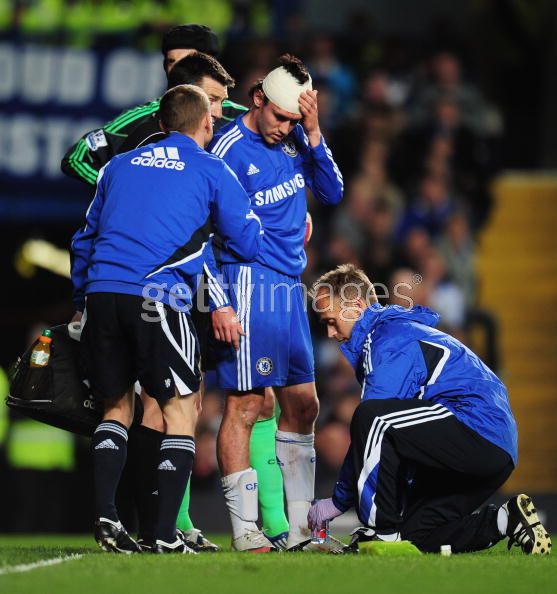 Talking points ---
• Yuri Zhirkov. Did the Russian elevate himself to legendary status in the space of 90 minutes? Perhaps. Will there be a better image this season - well, other than Brave John Terry perhaps lifting the league trophy? - than Yuri shielding the gorefest that was the right side of his head from the referee as the opening half came to close? What a man. And what a performance - a MOTM one at that. And what about the miraculous job done by our medical staff? Yuri goes off late in the first half, seemingly for the rest of the half, but somehow emerges on the pitch and isn't even wearing a bandage? Great job guys.

• Kevin Davies. This guy, I swear, needs psychiatric help. I used to take him with a grain of salt because, in all honesty, I am kind of a d***, too. But this display confirmed that this man is in fact a huge d***. First, there was the ridiculously late barge into Zhirkov, which left the Russian looking as if he had just returned from a date with Leatherface. Commentators agreed he was simply challenging for the ball; I call nonsense. Then, in the second half he whips through Alex or Mikel (I can't remember which) with a tackle of such venom he should have seen red. Instead, I think he got off without even being booked. And let's not even discuss the persistent fouling then complaining when the favors are returned. Such a joke.

• Joe Cole. Great cameo, at least you thought it was. Here Joey is bobbing, weaving, dipping, diving - and looking downright menacing with his bag of tricks (even if he can't shoot, at all). Then, he shows up in the box, with the ball at his feet and the goal at his mercy. AND can't get the ball out of his feet. What. The. Hell.