Shall we play, then? 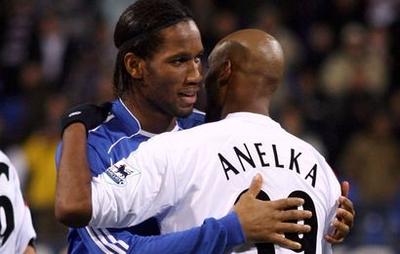 Back in the day.

"On paper, maybe Bolton Wanderers have less quality than us. But they have a possibility to play a game with high intensity because they didn't play at the weekend and we played a tough game on Saturday (in the FA Cup). They will arrive fresh. I don't think my players believe we have an easy game to play against Bolton. I would like them to think it's a very, very important game. Maybe the most important game of our season."
-Carlo

I like Owen Coyle. But not on this day.

Deco and Joe Cole are to be rested; that's about all we know about the squad. We can assume Ballack and Kalou will move in. Anelka or Drogba: Bolton striker Kevin Davies reckons the two don't get along. I don't buy it. What we do know is that Ancelotti is beginning to buy into the idea that the two cannot play together. Who gets the nod Tuesday?

The Stat: Chelsea are unbeaten in their last 12 league matches against Bolton, who last won in this fixture in December 2003. At Stamford Bridge.