That is all you need to know. This Saturday's FA Cup semifinal between the holders, Chelsea, and Aston Villa is unlikely to resemble last month's 7-1 league thrashing. Far from it, in fact. I would love to be wrong, of course, but I seriously doubt that will be the case.

As Palace demonstrated, one result certainly does not translate when two sides meet again. Rarely, in fact, do they ever play out the same. Villa will be out to tax, stick-up kids style.

Ancelotti knows it. Lampard knows it. The whole of CFC knows it - including Brave John Terry.

"The one thing that all us players have got to get out of our systems is the recent result against Villa," Terry told Chelsea’s official website. "Before we beat Manchester United last weekend we talked about how determined we were not to let them do again what they did to us last time we went to Old Trafford, and it's 100 per cent certain that will be Martin O'Neill's approach.

"It is going to be a totally different game." 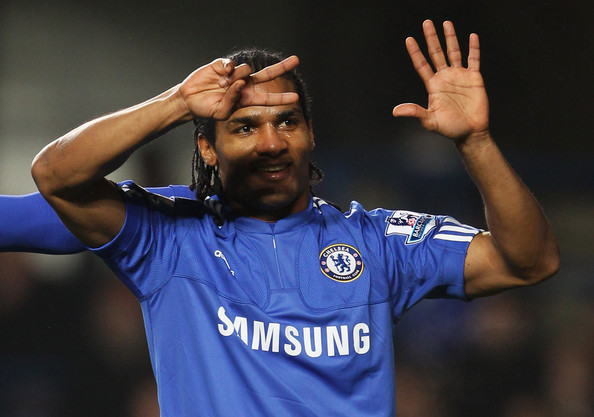 What is up with Martin O'Neill? Dude's name was all over the nets this week; first, he was bailing (likely a hoax of blogosphere proportions) and now he won't commit his future to the Villa. Dude is on some other s***.

Anyway. What can we expect from those dirty boys from the Midlands? A whole lot of pace. If they are going to get at us, it's going to be up front with Gabby, Young and Downing running at our limited, at least speed-wise, back four. Villa has to offer more this time around, right?

From what I'm reading around the Villa support web communities, they're torn between running a 4-4-2 or a 4-5-1. I figure we will see something like this in an attempt to quash our midfield, which ran amuck in the last meeting.

Chelsea has never done the domestic double. No better time than now.

A Premier League match on Tuesday against Bolton does us no favors, particularly with this side's hatred of midweek games. How Ancelotti manages his players is of the utmost importance.

We already know Drogba is starting - for real this time. Who will join him? The Deco/Ballack conundrum weighs heavily as does our situation at fullback. Regardless, I expect us to give the FA Cup the respect it deserves and field what is at least close to our strongest eleven at the moment.

Wild card
The pitch. This will be its first real test since being relaid a month ago, the 10th time done so at Wembley.

Considering its brief but checkered history, it will be interesting to see how the pitch holds up. Hopefully well.

Speaking of Wembley, I must, once again, express my displeasure with the fact that semifinals are being played there. What the hell is that about?

But I digress. KTBFFH