Share All sharing options for: The Guardian, Ballack converse

Our very own Der Kaiser gives Guardian reporter Dominic Fifield an hour or so of his time. It turns out to be, for us at least, time well spent.

Hit the jump for the opening graph and a choice cut to get your started. For the complete interview, click here. Do it. 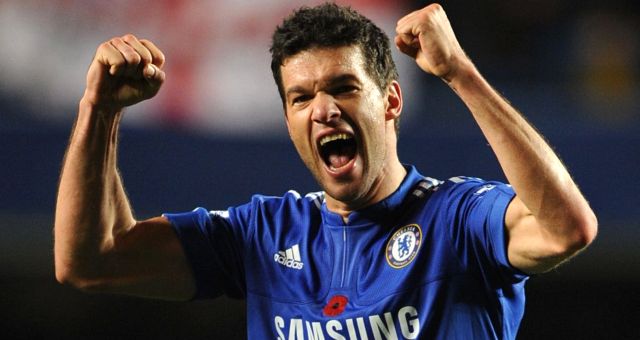 Thursday afternoon at a sun-drenched Cobham and the opinions expressed are brutally honest. A troubled week in which Premier League involvement in the Champions League was prematurely curtailed is "good for the competition". Chelsea have an FA Cup semi-final to play but, should that prove to be the only silverware they secure this season, it "would still not be enough". The priority is now the title but, even in that pursuit, "any little sign of weakness and it'll be gone". Typical German? Typical Michael Ballack.

On why winning the FA Cup would simply not be enough this season...

For me, I can't say it'd be enough. The club have won the FA Cup twice in the last three years and, while it's a trophy, the players who play for Chelsea want more, something bigger. For us, that is the league now.

It has become our main target. Normally, we'd be in three competitions after February and, for big clubs like United, Chelsea, even Arsenal, the main target is always the Champions League. Of course you want to win the domestic league, which is a very honest title – the others are easier to win because there are fewer games involved – but the Champions League, for all teams, is the most significant. Going out so early from Europe put us in an unusual position and allowed us to focus on regaining a trophy we have not won for the last three seasons. That is a big incentive.

There are things that count in our favour. We have players with experience, and there is a real hunger there – we want it back. But you must balance that against the fact that, when you win something again, again and again, as United have done in the last few years, it will give them confidence until the last minute of the last game. The fact that there's a third team involved just adds to it all. There are two opponents waiting for you to slip up and we have to remember that, sometimes, in football you don't get what you deserve.

You can perform fantastically and then, even just for a few games, your level drops a bit, you lose some points and that puts you behind. At the beginning of the season everyone thought Chelsea would be one of the favourites for the Champions League. We believed this as well. But we had one bad day – not a really bad day, but not a great day – against Inter and were out. The same thing can happen in the league. Show a little bit of weakness, the next team pounces and it's gone. It could just be a bit of bad luck, or a decision that turns a win into a draw, and the title is decided. You can deserve a lot but, in the end, you have to deliver.