Rumor Mill: Joey to United, Carlo in for Landy Cakes?

Share All sharing options for: Rumor Mill: Joey to United, Carlo in for Landy Cakes?

The latest from the back pages... 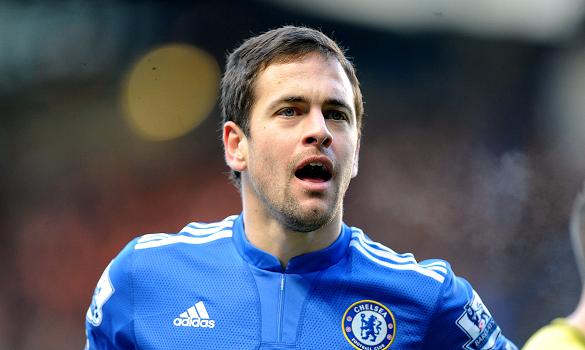 1. Joe Cole open to move to Manchester United
Joey's situation is well-documented. Carlo has all but chucked him to the side. His form, as well, has suffered greatly since Jan. 2009 (ligament injury). And, of course, his contract is up at the end of the season. The People reckons the 28-year-old could be on his way to Manchester, with Fergie having already "spoken with the club's hierarchy about a move for Cole..."

Not so much in line with Ray Wilkins said following Sunday's FA Cup quarterfinal. "We are desperate to keep Joe," Wilkins said. "I know the club are and we as a management group feel the same. He is a very valuable asset to us. Joe himself is upbeat about his future here. He loves Chelsea and wants to stay. It is a contractual situation that he and the club, I am sure, will sort out. We sincerely hope he will be here next season."

Probability (1-10): 6
It could very well happen, though it seems highly unlikely the club would be ready to let Joe walk to another title contender. Then again, they may not have a choice.

2. Landy Cakes may be leaving Everton soon, but he may soon be residing in West London
The People also reports that Carlo has already lined up a replacement for Joey in United States international Landon Donovan. Donovan - currently on loan at Everton, if only for a few more days - has been extremely impressive in his third trip to Europe.

Is he of Chelsea quality, though? Well, there is Kalou...

Probability: 3
I don't know why, but I find this one to be a tad rich. I'm not knocking Landy, he's done phenomenally well on Merceyside, but Chelsea? Really?

3. Ribery lists suitors, Chelsea among them
"I'm not 100 percent going to Real. Barcelona and Chelsea are also very interested. We will see. It will be decided in two to three weeks."
-Bayern Munich midfielder Franck Ribery

There it is. Another potential replacement for Joey. Or, you know, we could just add to what is a pretty bare squad. Either way, I'm ready for the Ribery speculation to end. Decided in 2-3 weeks, eh? Doubt it.

Probability: 4
There is certainly a possibility that CFC could reel in the Frenchman. Do I really believe that? Not so much.