How good does it feel to use these terms with regard to the famous CFC once again? 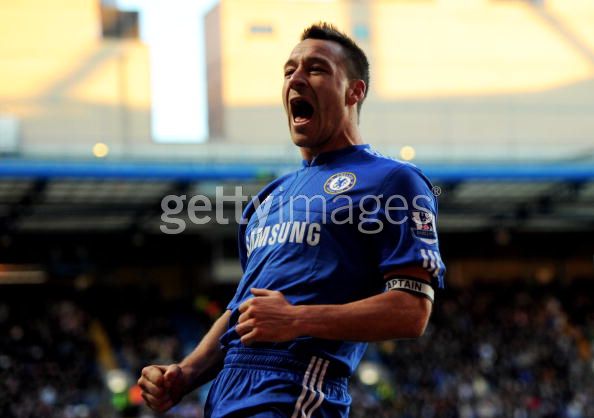 This was a much-needed morale builder following a dip in form that included three defeats among our past five matches. We couldn't have asked for a better opponent, either. Stoke, however inferior talent-wise, are a disciplined, resilient side that were never going to make it easy. To reach Wembley for a second consecutive season, it was going to take a committed performance, and that's exactly what we received.

The opening half was different than in recent weeks in that Chelsea, instead of blazing forward in an attempt to grab a stranglehold on the match early, opted for a more measured approach. It was almost a reserved start for a team with such attacking talent. Throw-ins were always going to be the special of the day, and we were almost caught out by one of Rory Delap's signature bombs within the opening quarter of an hour. Many thanks to Mikel for his expert positioning when clearing off the line a Whitehead strike from a Delap throw.

Stoke didn't create much more in the way of scoring chances, though they did distress the hell out of the Blues defensively. Chelsea may have controlled, but nothing was coming of it. That was until one of the Blues' six-dozen corner kicks fell to Brave John Terry. The captain, rather than having a pop of his own, expertly laid the ball into the path of Super Frank. The rest, as they say, is deflected history. Drogba nearly made it 2-0 right before halftime, rushing onto a Paulo crossing pass at the near post. Great contact from the Ivorian, but the excellent Thomas Sorensen in the Stoke goal was there to deny.

The second half was more of the same, with the resurgent Anelka displaying the movement and general menace we saw in January. Lampard, too, was at his best; I think he did just about everything except clean the uniforms afterward. The second goal, as has been the case for much of the season, was slow to arrive. Chelsea did not panic, though, and eventually received the match decider through a vintage Terry header.

He needed that, probably more than anyone in the country. The man rolled up his sleeve in the celebration to show off his captain's armband. It was as if he was telling us supporters: "I'm not going anywhere." I like it.

You know, Romes might not have enjoyed the performance. No style, he would say. Me, I'll take a handful more of these from now until the end of the term. 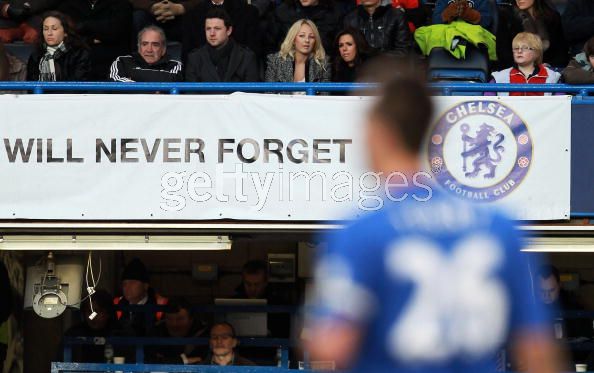 Player Ratings
Hilario 6
His usually self early. Rebounded quite nicely in the second half.

Alex 8
Very impressive from a man who has been consistently on the outside this season. Several key tackles and handled Stoke's aerial threat with relative ease. May have done enough to supplant Carvalho.

BJT 7.5
Not quite back, but excelled. Goal and an assist? Yes please.

Paulo 7
Competent. Even added some unforeseen effective forages into the attacking third.

Lampard 8
Industrious. Menacing. Just one of the best around.

Flo 7
Understated. Operated more in the central role, and showed to be up to the task.

Kalou 6.5
You know, he wasn't good in the sense of creating. But he was effective in that his wide play allowed Anelka plenty of room to maneuver.

Anelka 7.7
Much, much improved. Unlucky not to have ended his latest scoring drought.

Drogba 6
Not exactly at the races. Nevertheless, showed his drive with some solid clearances at the back.

No substitutions
Who needs them?

MOTM
This was a tough one. You could really say the entire team was MOTM. Alex really stood out, but I'll go with Super Frank for his workrate and overall contribution.