Share All sharing options for: Bosingwa out for season, World Cup. Damn. 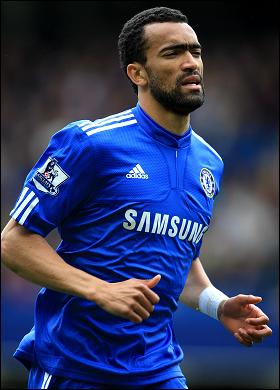 And down goes another.

Reports suggested Thursday that Chelsea fullback Jose Bosingwa was in contention to return against Internazionale on March 16. Now, a day later, this.

The man who would have been a massive coup had he returned - let's be real, his return could have allowed Bane to move into the center, his preferred position - will now miss the rest of the season, and the World Cup, because of the knee injury that has sidelined him since October. And, to think, he actually had returned to light training. Have to feel for the Portugese marauder.

"Bosingwa will be out for the season and have another operation, so that's him unfortunately, and he'll miss the World Cup as well," assistant coach Ray Wilkins said.

Other Injury News: Ricardo Carvalho is a doubt for Sunday's FA Cup tie against Stoke City at Stamford Bridge. The Portugese pulled out of international duty over the weekend with a hamstring strain. Could've been worse, I guess. 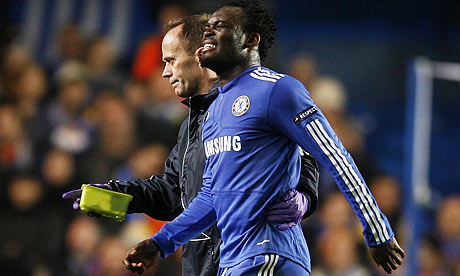 Michael Essien, meanwhile, is still a couple of weeks away from returning to the fold.

Via Wilkins: "Michael Essien is doing well, there has been a slight complication which means it needs a couple of weeks longer but he's out (in France) with Ashley (Cole) now and they're both doing extremely well, so from that point of view we're delighted with their recovery.

"It's difficult to give a timescale but hopefully he'll be fit as soon as possible because when we lose players of that quality it is damning on any side. Petr (Cech) is doing very well indeed, he was doing some half-squats yesterday in the water, and he's coming on very well."